All exit polls in front of BJP proved to be breathless, ‘Brand Modi’ continues to dominate 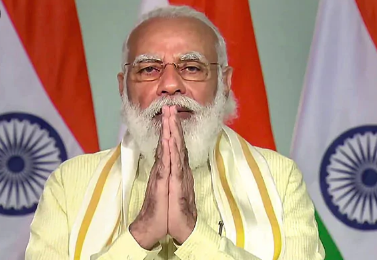 In Bihar, the BJP has reversed on its own. The initial edge of the Grand Alliance has shrunk. The ruling NDA has overtaken the trends with a clear majority. However, except for a few exit polls, everyone had claimed that the grand alliance under the leadership of Tejashwi Yadav would come to power with a strong performance. But looking at the current trends, it seems that the exit poll proved to be breathless and the NDA is once again returning to power. According to the trends at this time, BJP and JDU were leading in 130 seats out of 243 seats. There is also a clear message of these trends that ‘Brand Modi’ continues to dominate. This is because BJP has been the most powerful performer this time in Bihar elections.

Tejashwi is ahead, Tej Pratap is behind- Tejashwi Yadav, the leading face of the grand alliance, is leading from Raghopur seat. Tejashwi Yadav promised to give jobs to 10 lakh youth. Although his elder brother Tej Pratap Yadav is now trailing from Hasanpur seat. Tej Pratap is trailing by 1365 votes. He is pitted against the prince of JDU. Apart from this, BJP candidate Vijay Khemka from Purnia Sadar Assembly was ahead with 1663 votes. Lacey Singh of JDU from Dhamdaha Assembly, Afaq Alam votes of Congress from Kasba Assembly, Bima Bharti of JDU from Rupauli Assembly.