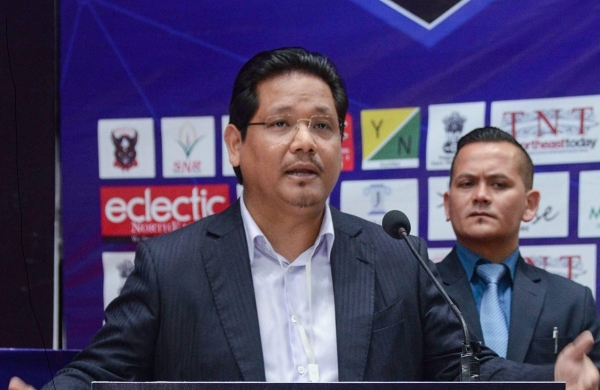 By Express News Service
GUWAHATI: The demand for the implementation of the Inner Line Permit (ILP) in Meghalaya has intensified.

The Confederation of Meghalaya Social Organisations (CoMSO) has asked all 60 legislators from the state, including Chief Minister Conrad Sangma, to go to New Delhi and hold an agitation in favour of the ILP. It asked the three MPs of the state to raise the issue in the upcoming session of Parliament.

The ILP is an official document issued to allow inward travel of an Indian citizen into a protected area for a limited period. Many in the Northeast view it as a shield against the illegal influx of immigrants. Currently, Nagaland, Mizoram, Arunachal Pradesh and Manipur are protected under it.

In December 2019, the Meghalaya Assembly had unanimously passed a resolution seeking the ILP’s implementation in the state.

Recently, Congress MLA PT Sawkmie had suggested that the MLAs from the state should go to New Delhi as a team and hold an agitation demanding the ILP’s implementation.

The idea was backed by CoMSO. Its chairman Robertjune Kharjahrin said the legislators must pressurise the central government to consider ILP for the state. The CoMSO said it would not mind joining the agitation in Delhi along with the lawmakers.

During his visit to Shillong on Monday, Union Sports Minister Kiren Rijiju was greeted with a protest staged by the Khasi Students’ Union demanding ILP and repeal of the controversial Citizenship (Amendment) Act.

Later while talking to journalists, Rijiju had cautioned against any untoward incident over the demand. He said it would tarnish the Northeast’s image. But the CoMSO said: “The Centre must manifest its political will by bringing Meghalaya under the ILP’s ambit.”

The Meghalaya government set up an entry-exit point at Umling in the state’s Ri Bhoi district in December last year. The road leads to Shillong. The government has made it mandatory for every visitor to provide details, including his or her residential address, place/places of stay, EPIC and other details about places s/he would visit, duration of stay etc. Now, various organisations in the state are demanding similar entry-exit points in other inter-state border areas.