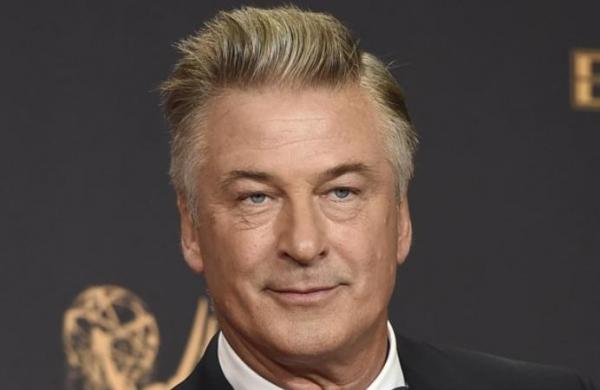 According to Fox News, the actor and comedian teamed up with writer Kurt Andersen to present ‘Hasta la Vista, America: Trump’s Farewell Address.’

A three-minute-long teaser of the nearly 45-minute audiobook was released on Tuesday (local time) on SoundCloud. The teaser sees Baldwin putting on the voice of Trump and stating that the upcoming speech is “the most important speech” by the President.

“That’s right. For a while you’re still free to say ‘Happy New Year’ like you were free on New Year’s Eve to gather together and have fantastic parties and hug and sing and kiss without masks,” Fox News quoted Baldwin as saying as he turns Trump.

During the address, Baldwin referenced a New Year’s Eve bash thrown by Trump at his Mar-a-Lago resort which reportedly did not require face masks or social distancing amid the ongoing coronavirus pandemic.

Baldwin is then heard correcting himself after speaking to someone in the background.

“Ok got it. Or with masks. Your choice, especially if you’re not immune like me and the first family,” the Trump parody said.

The monologue continued with Baldwin declaring that since he is leaving the throne of the President “America will be much less great again” come the Easter holiday.

“Soon in March or April or whenever, try going into a restaurant or a store if they’re not all shut down already and say, ‘Happy Easter!’ They’ll scream at you, kick you out, even if you’re wearing a mask,” Fox News quoted the parody Trump as saying.

“Although I actually could tell lies if I wanted but I don’t and that’s actually why they hate me — the phonies, the radicals, the liberals, the elitists, the fake media, the Antifas — because I tell too much truth,” he added.

Baldwin then went on to mock the real-life Trump’s claim that the 2020 elections were rigged.

“Washington invented what I’m doing now. What many historians called his ‘farewell address’… could have run again, won very easily, another term, then again and again and again, no rule against it. Also back then elections weren’t rigged,” the Emmy-winning actor said.

“Farewell for now as far as the White House goes because never say never. I mean, you know, after the total takeover by the communists look at that squad over in Congress. I call it a death squad, like in the bad places they come from,” Baldwin said.

Earlier in October, the 62-year-old actor had essayed President Trump for a ‘Saturday Night Live’ sketch, where he had revealed to the public that he and first lady Melania Trump had tested positive for COVID-19. Baldwin’s fellow celebrity Jim Carrey took on the role of Joe Biden.