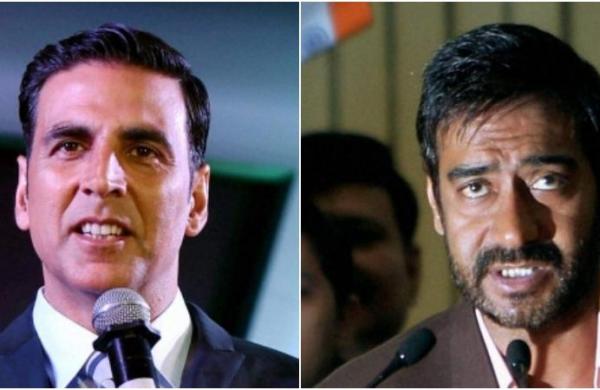 By PTI
MUMBAI: Bollywood stars Akshay Kumar, Ajay Devgn, filmmaker Karan Johar and Suniel Shetty on Wednesday said citizens should focus on the government’s efforts to resolve the ongoing farmer crisis rather than paying attention to “half truths” and those “creating differences.”

Their comments came after the Ministry of External Affairs reacted sharply to comments by international pop star Rihanna, teen climate activist Greta Thunberg and others on farmers’ protests.

In a statement, the MEA said a very small section of farmers in parts of the country have some reservations about the farm reforms and a proper understanding of the issue is needed before rushing to comment on the agitation.

Rihanna, who has 100 million followers on Twitter and is among the most followed people on the microblogging site, on Tuesday tweeted, “why aren’t we talking about this?! #FarmersProtest, linking a CNN report on the internet shutdown near the protest site.

Sharing the MEA statement on Twitter, Akshay said that the efforts by the government to solve the issue are “evident”.

“Farmers constitute an extremely important part of our country. And the efforts being undertaken to resolve their issues are evident. Let’s support an amicable resolution, rather than paying attention to anyone creating differences. #IndiaTogether #IndiaAgainstPropaganda,” Kumar wrote.

Devgn urged the people to be wary of “false propaganda against India or Indian policies”.

“Don’t fall for any false propaganda against India or Indian policies. Its important to stand united at this hour w/o any infighting #IndiaTogether #IndiaAgainstPropaganda” he posted.

Johar said the country shouldn’t let “anyone divide us”.

“We live in turbulent times and the need of the hour is prudence and patience at every turn. Let us together, make every effort we can to find solutions that work for everyoneour farmers are the backbone of India. Let us not let anyone divide us. #IndiaTogether” he said.

Shetty also shared the MEA on Twitter, saying nothing is “more dangerous than half truth”.

“We must always take a comprehensive view of things, as there is nothing more dangerous than half truth.#IndiaTogether #IndiaAgainstPropaganda” he said.

Without naming anyone, singer Kailesh Kher said that anti-India can stoop to any level to defame the country.

“Even in this sad phase of pandemic,India is helping all nations with vaccine supply for the sake of Humanity. Let all realise that India is ONE & will not tolerate comments against it. #IndiaTogether #IndiaAgainstPropaganda” he tweeted.

On Tuesday night, international pop star Rihanna became the first global name to voice her support to the ongoing farmers agitation while criticising the internet shutdown at the protest site.

Later, Thunberg, Swedish environmental activist, also backed the agitation, tweeting, “We stand in solidarity with the #FarmersProtest in India.”

In its response, the MEA said the Parliament of India passed the reformist legislation relating to the agricultural sector, and noted that some of the vested interest groups have tried to mobilise international support against India.

“We would like to emphasise that these protests must be seen in the context of India’s democratic ethos and polity, and the efforts of the government and the concerned farmer groups to resolve the impasse.

The minister asserted that facts should be ascertained and a proper understanding of the issues must be taken “before rushing to comment on such matters”.

“The temptation of sensationalist social media hashtags and comments, especially when resorted to by celebrities and others, is neither accurate nor responsible,” the statement said.

Thousands of farmers, mainly from Punjab and Haryana, have been camping at several Delhi border points since November last year, demanding the government to repeal the three farm laws and legal guarantee of minimum support price (MSP) for their crops.

Sites of the farmer protest at Delhi’s borders have turned into fortresses with the police beefing up security and putting up multi-layer barricades to stop the movement of vehicles.

Barbed wire has also been put up to keep off people on foot.

The strengthened security measures at the agitation sites across the Delhi borders come after the violence during the Republic day tractor parade.