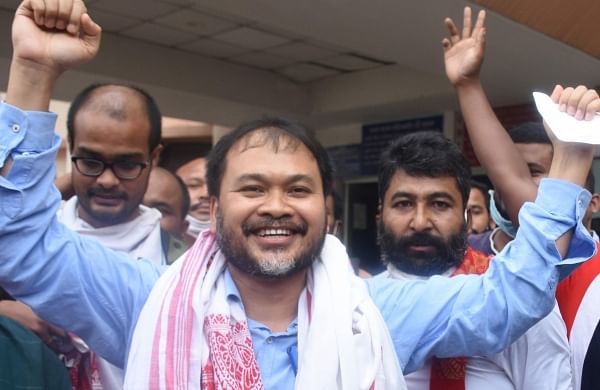 GUWAHATI: Independent MLA Akhil Gogoi was on Monday suspended from Assam Assembly for repeatedly raising the issue of employment to one lakh youths as promised by the BJP government during the address of Governor Jagdish Mukhi on the first day of the Budget session.

Speaker Biswajit Daimary asked Gogoi to leave the House for the duration of the Governor’s speech.

Gogoi didn’t leave the House and showed a placard, following which Marshals dragged him outside.

The Governor continued to read his 38-page speech.

Mukhi said, “To fulfil one of the key poll promises, the government has set in motion the process to provide one lakh jobs to our youth.”

He then mentioned several steps being taken by the state government to recruit youths in various posts.

Apart from the one lakh employment to the youths, Gogoi tried to raise other issues like paddy procurement from farmers, land rights to indigenous people and corruption in water supply scheme while Mukhi was speaking.

Everytime he sat down after the Speaker had asked him not to disturb the Governor’s speech.

As soon as the House reassembled after the governor’s address, the speaker revoked the suspension of Gogoi.