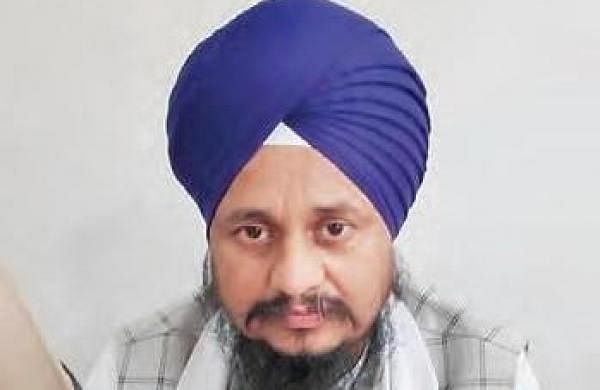 CHANDIGARH: Akal Takht Jathedar Giani Harpreet Singh on Monday triggered a controversy by saying that every Sikh should try to keep a licensed weapon in view of the uncertain times. While Punjab Chief Minister Bhagwant Mann and Punjab BJP President Ashwani Sharma took strong exception to the statement of Singh, Shiromani Akali Dal leaders backed Singh. Interestingly, there are more than 3.50 lakh licensed weapons in Punjab.

While congratulating the people on Gureayi Diwas of the master of Miri (temporal power) and Piri (spiritual authority), the sixth Sikh guru, Guru Hargobind Sahib via a video message, Giani Harpreet Singh said, “It is necessary for all Sikhs to adhere to Bani and Bani, all to be armed and to legally possess the modern weapons of today’s age.”

Singh asked people to steer clear of drugs which have destroyed many families and recite gurbani as he appealed to the Sikh community to follow the path laid down by the Guru.

During his address, he referred to the fact that Guru Hargobind Sahib took on the Mughal might which was considered impossible at that time and won four battles against them.

Shiromani Akali Dal leaders backed Singh’s statement, with former Akali Dal MLA Virsa Singh Valtoha saying that Sikhs should strengthen themselves through the concept of miri-piri. SAD spokesman Mahesh Inder Singh Grewal said that there is nothing wrong in the statement of Singh because of the law and order situation in the state.

Former Shiromani Gurudwara Prabandhak Committee (SGPC) President Jagir Kaur said that on this very day, Guru Hargobind Singh sat on the throne and introduced the concept of miri piri and that whatever Singh said was in that context. Sikhs are anyway supposed to carry a kirpan and shastra (weapons) are integral to Sikh teachings, she said, adding that besides, licensed weapons are only issued by the government.

Reacting to the statement of the Akal Takht Jathedar, Punjab Chief Minister Bhagwant Mann urged him to spread message of peace, harmony and brotherhood in society rather than asking Sikhs to keep licensed modern weapons. He took strong exception to the statement of Singh that every Sikh should possess modern weapons. He said that we are living in a civilised society where the country is governed through the rule of law. Mann said that weapons don’t have any place in a congenial and harmonious society.

Mann said that Singh should instead focus on spreading message of Gurbani which envisages ‘sarbat da bhlaa’ (welfare of one and all). He said that the Jathedar should focus on disseminating this divine message of well being of all in each and every household.

Punjab BJP President Ashwani Sharma said the Jathedar should talk about communal harmony and peace rather than talking about keeping weapons. He said that the statement by Singh gives a wrong message to the masses.

Rashtriya Hindu Parishad president Vijay Bhardwaj said that Singh was the head of the highest body representing the Sikh community and he can make statements for the Sikh community. But Bhardwaj also appealed to the Hindu community tokeep licensed weapons in their homes.