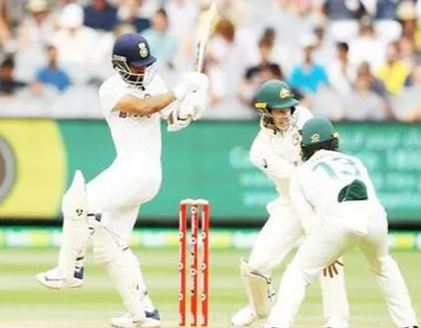 Skipper Ajinkya Rahane turned up when his team needed him the most with a vital half-century on Day 2 of the ongoing Boxing Day Test match against Australia at the Melbourne Cricket Ground. Rahane is India’s stand-in captain not only for this match, but also for the remainder of the series as regular skipper Virat Kohli has flown back to India on paternity leave.

Coming back to the contest, ‘Jinx’ has shown that he is not being burdened with the added responsibility of leading the Indian side in a must-win contest after being completely outplayed in the first Test at the Adelaide Oval last week

As the Mumbai batsman scored his 23rd half-century in the game’s longest format, netizens came forward to laud him for playing a captain’s knock under pressure. Here are some of the reactions.