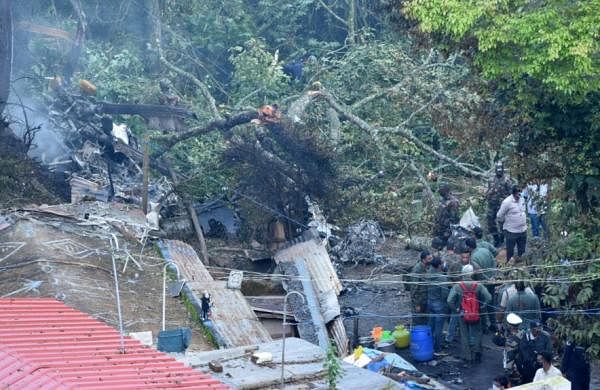 NEW DELHI: The Indian Air Force (IAF) has launched a tri-services Court of Inquiry (CoI) to look into every aspect of the ill-fated MI-17 V5 Helicopter which crashed in Coonoor, Tamil Nadu, on Wednesday leading to the death of India’s first Chief of Defence Staff (CDS) General Bipin Rawat and 12 others.

The Defence Minister said, “IAF has ordered a tri-service inquiry into the military chopper crash. The investigation will be led by Air Marshal Manavendra Singh.”

The inquiry team reached Wellington on Wednesday itself and started the investigation, said Rajnath Singh during his address to the lawmakers in both Rajya Sabha and Lok Sabha on Thursday.

The last rites of the mortal remains of CDS and the others will be done with full military honours, added Rajnath Singh.

Air Marshal Manavendra Singh is currently the Air Officer Commander in Chief, Training Command which takes care of the entire training related issues of the IAF.

Air Marshal Singh was Commissioned in December 1982 and is himself a helicopter pilot with an experience of more than 6600 flying hours. Among the other appointments during his long career he also has served as the Director General Inspection and Flight Safety.

Thirteen of the 14 people on board the helicopter died in the crash near Coonoor in Tamil Nadu on Wednesday.