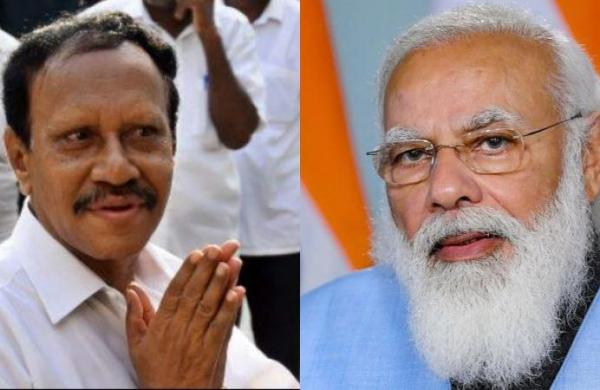 By PTI
NEW DELHI: The AIADMK on Tuesday urged the central government to support the United Nations Human Rights Council (UNHRC) resolution against Sri Lanka for war crimes against Tamils in the island nation, saying it was the moral duty of India to establish peace.

A day after DMK president M K Stalin and other political leaders of Tamil Nadu sought India’s support to the resolution in the UN Human Rights Council’s 46th regular session in Geneva, M Thambidurai of the AIADMK — which is fighting the assembly elections in the state in alliance with the BJP — said the Prime Minister had previously assured that he would take up the cause and protect interest of Sri Lankan Tamil people.

“We urge the Government of India to instruct our Indian delegates to vote in favour of a resolution of the United Nations Human Rights Council in Geneva asking for an inquiry in the criminal acts committed against minority Sri Lankan Tamils in Sri Lanka in the past and the present,” he said.

Raising the issue through a zero-hour mention, he said Sri Lankan Tamil people cannot be assured of their fundamental rights without a vote in favour of the resolution.

“The Prime Minister, when he visited Tamil Nadu, had assured that he is going to take up the cause of the Sri Lankan people and protect the interest of Sri Lankan Tamil people.

Therefore, I request the Government of India whatever the Prime Minister committed that can be followed up by our delegation in Geneva supporting the Tamil cause,” he said.

The voting on the resolution, submitted by the Core Group comprising the United Kingdom, Germany, Malawi, Montenegro and North Macedonia, is likely on Tuesday.

The resolution comes after a scathing report released by the Office of the UN High Commissioner for Human Rights on January 27.

The UN report warns that lack of accountability of Sri Lanka’s previous violations has increased the risk of repetition of those crimes.

“AIADMK always stands by the people of any race and in any country who fight for justice and equality. It is not only for Tamils we are voicing our support. It is more than a race issue. It is an issue of justice and peace,” Thambidurai said.

When India can support the human rights of people in other countries like Palestine, it is its “duty to support the cause of the Tamil population of Sri Lanka also,” he said.

“It is our moral duty and responsibility towards establishing a permanent solution for peace because a war-like situation in any place of the world threatens the peace of the whole world.”

“Unless people have a peaceful situation to live, unrest will keep growing in their thoughts and actions.

That is why we insist that India should vote in favour of the resolution in the Geneva council through which we can a sense of justice to the war effected Sri Lankan Tamil people.

Hence I urge the government of India to be with the side of the Sri Lankan Tamil people who long for justice,” he said.