Ahead of Punjab polls, all roads lead to deras 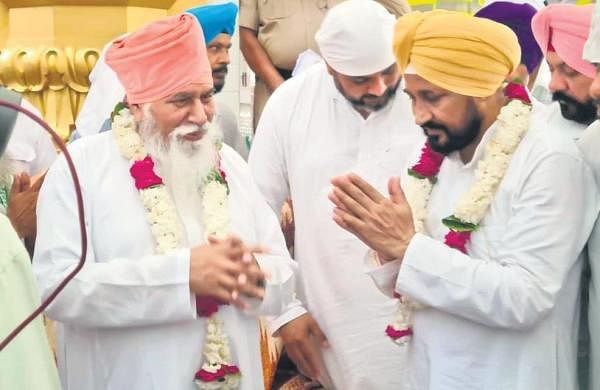 CHANDIGARH: Ahead of Assembly polls, leaders of all political parties in Punjab are knocking on the doors of Deras. It’s no surprise as these socio-religious sects have a direct influence on voters in 45 of the 117 constituencies.

As people from socially and economically marginalised communities form a major section of their followers, it gives the sects considerable political heft in the state where SCs comprise 32 per cent of the population — highest in the country.

The biggest Dera in Punjab, the Radha Soami Satsang sect at Beas, has influence in around 19 constituencies across both Doaba and Majha regions. When Dera Sacha Sauda, which has about 50 lakh followers in Punjab and Haryana, held congregations in several districts some time ago to celebrate its former head Shah Mastana’s birthday, several prominent political leaders came calling. This Dera has considerable influence in the Malwa region and can influence the outcome in some 40 constituencies.

It had supported the Congress in 2007 and SAD-BJP in 2012, but in 2017 it showed mixed loyalties. It had helped the Congress form the government in 2002 and supported the party again in the 2004 general elections. Its chief Gurmeet Ram Rahim Singh is in jail for rape and murder, and also faces accusations of blasphemy for allegedly hurting Sikh sentiments.

CM Charanjit Singh Channi too visited Dera Sach Khand Ballan and announced the setting up of a Guru Ravidas Chair under the Dera. This Dera has influence over eight seats.