Ahead of polls, PM to ‘patta’ allotment scheme to over 1 lakh indigenous people in Assam 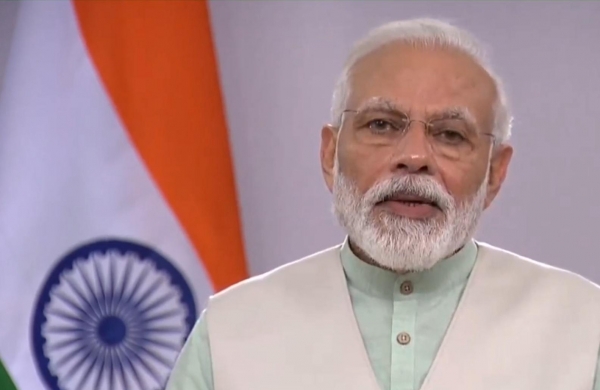 By PTI
GUWAHATI: Prime Minister Narendra Modi on Saturday will launch a special programme of the Assam government to distribute land ‘patta’ or land allotment certificates to over one lakh landless indigenous people.

This is for the first time since independence that such a large number of people will be given ‘patta’ in Assam in one go.

“The prime minister will formally launch the distribution of land ‘patta’ to more than one lakh indigenous people who have been living uncertain lives for decades. No government in Assam has ever took such a people-friendly initiative in the past,” Assam Chief Minister Sarbananda Sonowal told PTI.

The event will be held at Jerenga Pothar in Sivasagar district, a historical place connected with Assam’s erstwhile Ahom kingdom.

Sonowal said many government land, tribal blocks were encroached by suspected illegal immigrants and his government took the initiative to evict them and provide the land to the indigenous people — most of them are tribals, OBCs and ex-tea garden labourers.

“The successive Congress governments ignored the pleas of the local people to give the land rights as a result the people have been living a life of constant fear.

We will end this uncertainty and the prime minister will begin this noble process,” he said.

“It is an irony that due to the previous government’s lackadaisical approach and indifferent attitude, the landless indigenous people were deprived of their rights for long 70 years.

They even had to go through intense sufferings to safeguard their base,” he said.

An official said because of the uncontrolled migration from across the border, the demography of the state, especially the lower Assam region had gone through unprecedented changes.

“The phenomenon snowballed into a grave problem of changing the demographic profile in some districts of the state.

Some of the lower Assam districts have borne the brunt of implosion of doubtful citizens which were once dominated by indigenous communities,” the official said.

To reverse this trend, it became imperative for the present state government to ensure granting of land to the indigenous land less families, the official said.

The Sonowal government has already allotted land ‘patta’ to more than one lakh landless indigenous families.

The state government will allot a total of 2,28,160 land ‘pattas’ in just 4.5 years and the prime minister will initiate the beginning of allotting pattas to 1.06 lakh people on January 23 at the historic Jerenga Pothar in Sivasagar, another official said.

The  state government even took steps in freeing the encroachments from Kaziranga National Park and ‘Xatras’ (Vaishnavite monasteries).

As a result, rhino poaching has come down to almost zero.

The Jerenga Pothar is where the great Sati Jaimati showed her grit and patriotism and the government’s decision of handing over of land pattas to the local indigenous families assume great importance, the official said.