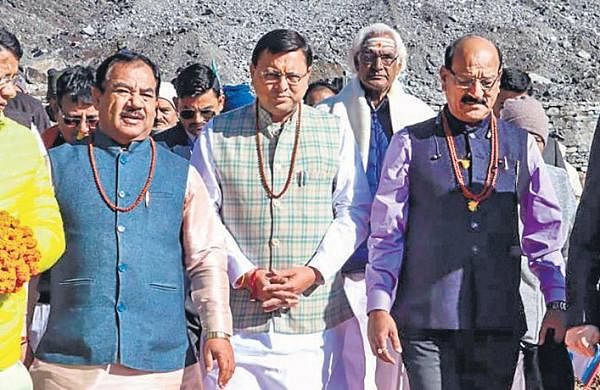 He met the Char Dham priests and assured them of viable solution regarding the Char Dham Devsthanam Board Act, a law which was formulated during tenure of former CM Trivendra Singh Rawat to manage the Char Dham and 51 other temples.

“There is no anger among the priests and we have assured them of a viable solution soon. Our priests are ready to welcome the honorable Prime Minister. We came here to get blessings of Baba Kedarnath and take stock of the preparations,” said CM Dhami after the visit.

State cabinet ministers Subodh Uniyal and Harak Singh Rawat also accompanied the CM on his visit. Dhami further thanking PM Modi for sanctioned projects of worth Rs 400 crore said, “Under our visionary leader and Prime Minister Narendra Modi, works which were pending for centuries are a reality today.”

Earlier this week, the angry priests protested against T S Rawat and drove him out of the shrine. This sent shockwaves and senior state leaders including the CM was called to Delhi to discuss the matter.

Dhami, state Bhartiya Janta Party president Madan Kaushik and other leaders travelled to Delhi to discuss the matter with the party leadership.