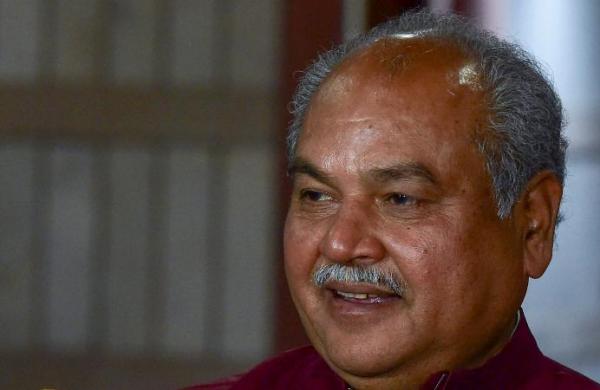 By ANI
NEW DELHI: With the farmers’ agitation in full swing and the central government making an effort to resolve the deadlock over its ambitious farm laws, Union Agriculture Minister Narendra Singh Tomar is ensuring that the agenda on reforms should continue.

Ensuring that reforms to make the country and farmers self-reliant won’t stop and policies are approved and carried forward for implementation after deliberations, the consultative committee is scheduled to meet on January 11.

The minister has called an inter-session consultative committee meeting of the ministry of agriculture and farmers’ welfare which is to be held before the budget session 2021.

Sources said the Minister of Agriculture and Farmers’ Welfare approved the holding of an inter-session meeting of the consultative committee of the ministry.

The issue approved for the meeting is to discuss how agriculture can contribute to Atma Nirbhar Bharat.

“Agriculture sector interventions for Atma Nirbhar Bharat on January 11 will be debated at length in the meeting,” added the source.

The agenda of the meeting, however, is to adopt the draft reports and to collect evidence on the status of veterinary services and the availability of animal vaccines in the country.

As the committee comprises MPs from all parties including Congress, the meeting is expected to see sparks flying on the farm laws as well, despite the agenda being fisheries and animal husbandry-centric. The government has maintained that the new farm laws are a step towards making the country Atma Nirbhar. (ANI)