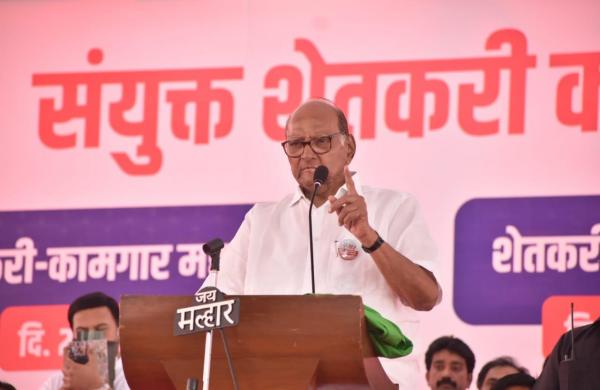 His reaction came after Tomar expressed dismay over Pawar’s tweets criticising the farm laws, saying they were a mix of “ignorance and misinformation”, and hoped that the veteran leader will change his stand after knowing the “facts”.

In a series of late night tweets in Hindi, Pawar said, “@nstomar ji is not bringing out correct facts before people. He has been assuring that the new laws will not affect the mandis but farmers unions are of opinion that the provisions under law favour rival companies.”

“Under the new laws, farmers can sell their produce outside mandis but have no protection of MSP when they sell their produce to private buyers. This is what the protesting farmers have been saying since the beginning. It has not been assured that farmers will get the right price from the corporate sector in long term.”

Pawar said last year the government, without taking any political party or farmers into confidence passed the three farm bills.

He said it is the duty of the government to assure the farmers and appropriate discussions had to take place at the right time.

In a series of tweets, Pawar had on Saturday said the new agriculture laws of the Union government will adversely impact the Minimum Support Price (MSP) procurement and weaken the ‘Mandi’ system.

Responding to the NCP leader’s remarks, Tomar said Pawar, who is a veteran leader, is also considered well-versed with the issues and solutions relating to agriculture.

“Since he speaks with some experience and expertise on the issue, it was dismaying to see his tweets employ a mix of ignorance and misinformation on the agriculture reforms. Let me take this opportunity to present some facts,” Tomar said on Twitter.

The minister countered Pawar’s tweet which said that the amended Essential Commodities (EC) Act “may lead to apprehensions that corporates may purchase commodities at lower rates and stockpile and sell at higher prices to consumers.”

“The apprehension has no basis. Under the EC Act, the central government can intervene in case of extraordinary circumstances including war, famine, extraordinary price rise and natural calamities of grave nature,” Tomar said.

He said the new laws encourage additional choice channels for farmers as they can sell their produce to anyone, anywhere with a hassle-free movement in and outside the state to realise a competitive and better net price for their produce.

Under the new ecosystem, the minister said, the mandis are not affected.

Instead, they will be more competitive and cost-effective in terms of services and infrastructure; and both the systems will synergistically co-exist for the common interest of farmers.

Tomar said, “As he (Pawar)is such a veteran leader, I would like to believe that he  was genuinely misinformed of the facts. Now that he has the right facts, I hope he will also change his stand and also explain the benefits to our farmers.”