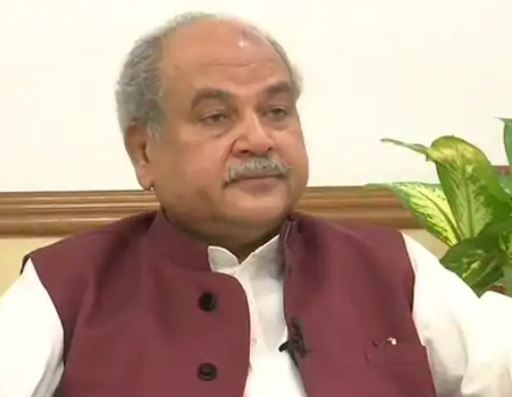 The government has once again offered to talk to the farmers in the midst of the farmers’ protests in protest against the farm laws. Agriculture Minister Narendra Singh Tomar said that the government is ready to talk to the farmers unions to resolve the issues of farmers. We have called him for talks on December 3. I hope that leaders of farmers organizations will come to the meeting. He has urged political parties not to do politics in the name of farmers.

Union Agriculture Minister Narendra Singh Tomar on Friday appealed to the farmers marching in Delhi to end the agitation. Tomar also offered the agitating farmers a conversation on 3 September. It is worth mentioning that the agitating farmers who had traveled to Delhi in protest against the agricultural law were allowed to perform in a peaceful manner. Delhi Police spokesperson Ish Singhal said that after talking to the farmers leaders, the Delhi Police has given permission to the farmers to demonstrate in a peaceful manner in Nirankari Ground of Burari.