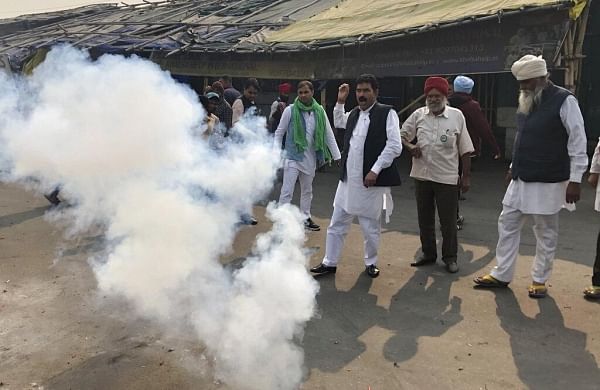 NEW DELHI: Welcoming Prime Minister Narendra Modi’s announcment to repeal three farm laws, Samyukt Kisan Morcha (SKM), the umbrella organsation of agitating farners, on Friday said it will wait for the announcement to take effect through due parliamentary procedures but also flagged that their other demands are still pending.

“If this happens, it will be a historic victory of the one year long farmers’ struggle in India. However, nearly 700 farmers have been martyred in this struggle. The central government’s obstinacy is responsible for these avoidable deaths, including the murders at Lakhimpur Kheri,” said the SKM in a joint statement.

It further reminded the Prime Minister that the agitation of farmers is not just for the repeal of the three black laws, but also for a statutory guarantee of remunerative prices for all agricultural produce and for all farmers.

“This important demand of farmers is still pending. So also is the withdrawal of the Electricity Amendment Bill. SKM will take note of all developments, hold its meeting soon and announce further decisions,” it added.

They SKM was planning to hold a big event on November 26 to mark one year of their protest. It is to be seen if they will continue with it.

“Anyone who believes the government repealed the Farm Laws out of the goodness of its heart is completely mistaken. This government only responds to cold hard numbers – bypoll setback = fuel price reduction. Poor internal polls numbers for Western UP & Punjab = Farm laws repealed” tweeted National Conference leader Omar Abdullah

Congress leader Jairam Ramesh said: First, bulldoze laws in Parliament. Then face unprecedented protests. Thereafter,  confront election realities in Uttar Pradesh and Punjab, particularly. Finally, after much appeal, repeal. Kisan-ity prevails at last! I salute the tenacity of our kisans who did not give up.

“I welcome the central govt’s move to repeal three farm laws under the immense pressure exerted by protesting farmers and Behen Mayawati ji. BSP salutes the farmers who brought the government of capitalists, tear gas, and UAPA to its knees. I would also like to recognise the sacrifices of the farmers who lost their lives in this long struggle, and promise the farmers of this country that BSP will continue to remain staunchly by their side,” BSP MP Ritesh Pandey said.

Asking PM Modi to apologise to farmers for hardships faced by them, CPI(M) general secretary Sitaram Yechury said: “Salutes to our farmers and their brave struggle which has led to the repeal of Modi’s three black farm laws. We must not forget the sacrifice of more than 750 farmers who have lost their lives in this struggle. They are our martyrs. The quest for justice for those targeted by the government and its agencies through false cases will continue. The PM must apologise for the hardship and trouble caused by his dictatorial step of farm laws to benefit his crony business partners.”