After uproar in Bihar assembly, Nitish pulls up minister who sent brother to launch govt function 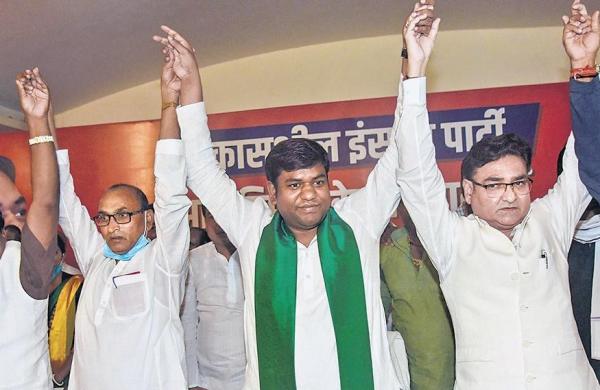 Express News Service
PATNA: Chief Minister Nitish Kumar faced an embarrassing moment in the Bihar Legislative Assembly on Friday when the opposition raised the issue of the minister for animal husbandry and fisheries Mukesh Sahani sending his brother to attend a government function on Thursday in place of himself.

The opposition created a ruckus over the reported incident and slammed the government for appointing a minister who did not care for protocol.

Santosh Sahani, brother of Mukesh, went to Hajipur and inaugurated a government function on behalf of the minister. The minister’s brother was also accorded the government protocols the minister is entitled to during the function. The matter was reported by a local daily and caused a massive uproar in both houses during the Bihar Legislature Budget Session.

Members of the opposition put the government in the dock and demanded the immediate sacking of the minister over the incident. In the midst of the uproar, Chief Minister Nitish Kumar had to intervene and promised to look into the matter after being informed about the incident.

The department of the minister had organised a programme for providing vehicles and ice boxes to 23 fishermen at 90 percent subsidy at Hajipur that was attended and inaugurated by his brother. The minister’s brother had reportedly arrived in a government car for the programme.

The CM said it was surprising and summoned the minister to his secretariat chamber after the session.

The CM spoke to Sahani for half an hour along with health minister Mangal Pandey. Later, Sahani told the media that he would reply in the House over the incident but admitted it was a mistake. He also said such a mistake will not be repeated in future by him.

Meanwhile, taking advantage of the situation, leader of opposition Tejashwi Yadav, who had an exchange of words in the House a day before the incident, slammed the state government.

Yadav, speaking to the media, said that CM Nitish Kumar has done a mistake by appointing such people (Mukesh Sahani) as ministers.

“Bihar is surviving at the mercy of God now,” Tejashwi Yadav said, taunting the government over the incident.