After the declaration of CAT, now the promising will have to show the strength in GD interview 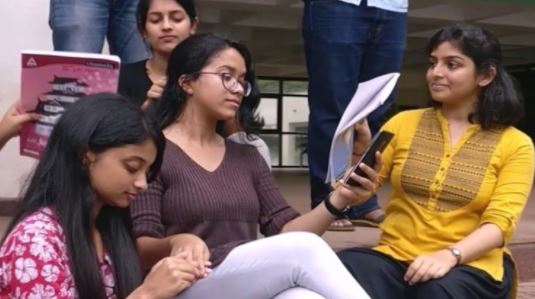 The Common Admission Test (CAT) was held on 29 November 2020 for admission to Indian Institutes of Management (IIMs) across the country. Its result has been declared. At the same time, the promising people of Raipur will have to face the group discussion and interview. The first choice for admission in MBA course of youth is admitted in 20 Indian Institutes of Management only on the basis of CAT score.

Ayush Tiwari from Raipur has scored 99.99 percentile in CAT. Similarly there are more than 100 students who have achieved better rank. For the first time the CAT result has been declared a week ago.
After the CAT score, students will be called for group discussion (GD) and interview by various IIMs. Only then the final merit list will be made. According to experts, around 100 students from Raipur have cleared the CAT with better scores. Those who are expected to call from IIM.

CAT was held on 29 November 2020 last year. 15,000 students appeared in the examination from Chhattisgarh. Fewer students sat for the exam due to Kovid-19. After the CAT result due to Kovid-19, no decision has yet been made to conduct GD and interview offline or online.