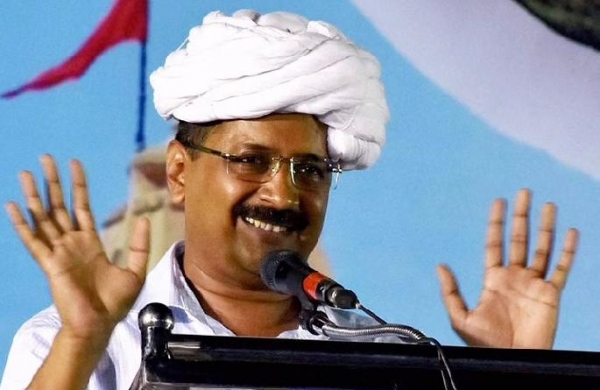 By Express News Service
MUMBAI:  Days, after the AAP won 27 seats in the elections to Surat Municipal Corporation in Gujarat, party chief, and Delhi CM Arvind Kejriwal on Friday, took out a roadshow in the industrial city to thank the electorate.

BJP retained power in all six municipal corporations in Gujarat after the polls. In Surat, the AAP came second with 27 seats while the BJP bagged 93 of the 120 seats. The Congress, which had won 36 seats last time, drew a blank.

During his address to the party corporators here, Kejriwal said, “The people of Gujarat are watching you with great hope. In our first attempt, AAP won 28 Assembly seats in Delhi and came to power. People trusted us because they knew we are true patriots”

“In the 49 days of our rule, we did a lot of pro-people work. As a result, the people of Delhi gave us 67 seats in the second election. Now, six crore people of Gujarat will observe the work of 27 AAP corporators. If you perform well, I am sure there will be a huge revolution in 2022,” Kejriwal added.

Kejriwal also warned the corporators of BJP contacting them to switch sides. “I am sure that BJP people will call you. But remember, our true wealth is people’s trust. If anyone of you switches side, it will break the trust of six crore people.”