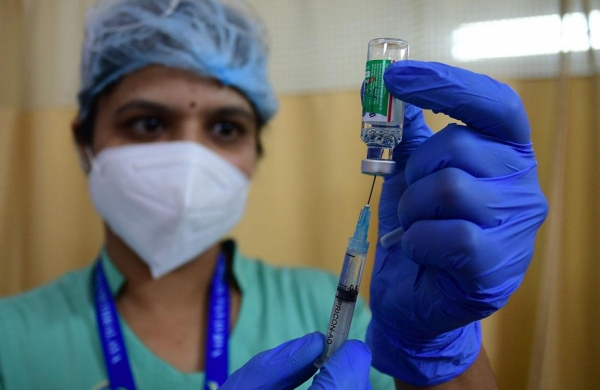 By PTI
RAIPUR: Rejecting the Centre’s claim about high vaccine wastage, the Chhattisgarh government on Wednesday said the wastage of COVID-19 shots is below one per cent in the state, which has been performing well in all categories of the vaccination drive.

According to a release issued by the state public relations department, Chhattisgarh has grabbed the second spot in the country in vaccinating healthcare workers, while it is among the top performing states in inoculating frontline workers.

The release went on to negate a statement made by the Centre in a virtual meeting on May 21 about high vaccine wastage in Chhattisgarh.

“The fact is that the percentage of wastage of the vaccines funded by the Centre is 0.81, while in the direct state procurement category, it is 0.63 per cent,” the release stated.

As per the release, principal secretary of the state’s health department Dr Alok Shukla had conveyed the matter to the Centre’s Health Secretary in a letter on May 21 and had requested him to update the data at their level, it said.

The Union Health Ministry in a review meeting on the progress of the vaccination drive had stated that Chhattisgarh had reported 30.2 per cent vaccine wastage, which is higher than the national average of 6.3 per cent.

“All efforts are being made by the state government to make full use of the vaccines and minimise their wastage,” the release added.

The state is at second place in the country in vaccinating citizens in the above the age of 45, while it is among top five states in inoculating people in the 18 to 44 age category, the statement said.

The figures clearly indicate that efficient management, proper adherence to the protocol and regular supervision have helped the state to utilise vaccines completely and keeping vaccine wastage minimal, it added.