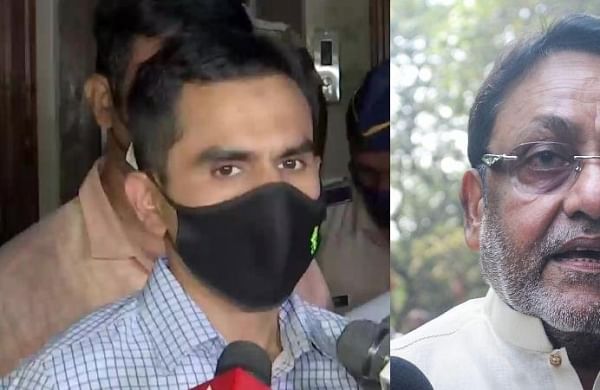 MUMBAI: Maharashtra minister Nawab Malik on Saturday said the detailed order of the Bombay High Court on Aryan Khan’s bail application corroborated his claim that the drugs case against Khan and others was bogus.

Malik has been targeting Wankhede ever since the NCB official led a raid on a cruise ship off the Mumbai coast on October 2 during which drugs were allegedly seized and Aryan Khan, Bollywood actor Shah Rukh Khan’s son, was arrested.

While Aryan got bail on October 28, the detailed order became available on Saturday.

Malik said in a statement that the order puts a question mark on the NCB’s arrest of Aryan Khan.

He also reiterated his allegation that Aryan was kidnapped for the purpose of extortion.

Wankhede had moved the high court when actor Rhea Chakraborty was granted bail by the lower court in an alleged drugs case last year, and the NCB officer would move the Supreme Court in Aryan’s case now, the minister alleged .

“Such wastage of public funds should stop,” he said.

When contacted, Sameer Wankhede said he can not comment on the high court’s order as the matter was sub-judice (before a court).

The officer also said he did not want to give importance to Malik’s allegations.

As per the detailed order of Justice N W Sambre on bail pleas of Aryan Khan, his friend Arbaaz Merchant and fashion model Munmun Dhamecha, WhatsApp chats extracted from Aryan’s phone showed that nothing objectionable was noticed to suggest that he and others had hatched any conspiracy.

“There is hardly any positive evidence on record to convince this court that all the accused persons with common intention agreed to commit unlawful acts,” the court said.