After flak for denying deaths due to lack of oxygen, Centre now writes to states seeking info 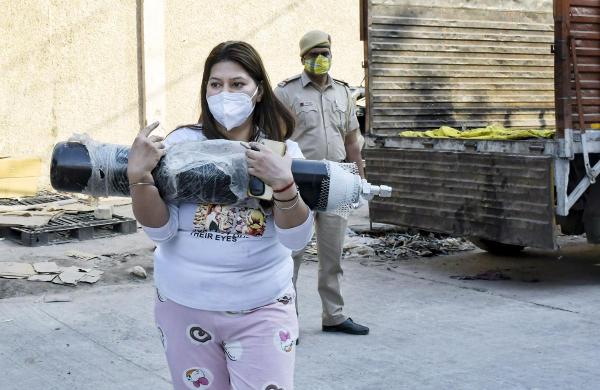 Express News Service
NEW DELHI: After drawing flak for denying that there were any Covid-19 deaths due to the shortage of oxygen during the second wave of the pandemic in India, the Union health ministry has now asked the states to share this data urgently, The New Indian Express has learnt. In letters written to states, the ministry has asked that this data be shared before the ongoing Monsoon session of the Parliament concludes on August 13, government officials said.

The development comes a week after the Centre had informed the Parliament that no states had specifically reported any deaths due to oxygen shortage during the second wave of the Covid-19 pandemic in India.

In a response to an unstarred question by Congress MP KC Venugopal, the Union health ministry said that while health is a state subject, all states report cases and deaths to it on a regular basis, as per detailed guidelines for reporting deaths.

“No deaths due to lack of oxygen have been specifically reported by states/UTs,” said the ministry in its written response.

Further, the ministry had underlined that the Centre supported the states and undertook a series of actions including provisioning medical oxygen, and other consumables to ensure clinical care of Covid-19 patients in view of the steep rise of the case trajectory in the country during April and May this year.

The figures shared by the government on different occasions showed that while during the first pandemic wave in India, the peak requirement had been just about 3100 MT oxygen, it had crossed 9000 MT during the peak of the second wave when the number of active cases was near the 40 lakh mark.

The situation had been particularly bad in states without any production capacity of medical oxygen and far away from oxygen generating industrial units, such as Delhi.

Several countries from different continents had also contributed to India crucial resources such as oxygen concentrators, PSA oxygen generation plants and tankers to meet the demand of oxygen in various states and hospitals.

The huge scarcity of oxygen during April-May however prompted the Centre to sanction PSA oxygen generating plants in most district hospitals in India under the PM Cares fund. While some of the plants have become functional, many others are in the pipeline over the next few months.

This, the government has said, would be necessary to meet the requirement of oxygen during the possible future waves of the infectious disease.