After disengagement in Pangong, threat to India only ‘abated’: Naravane 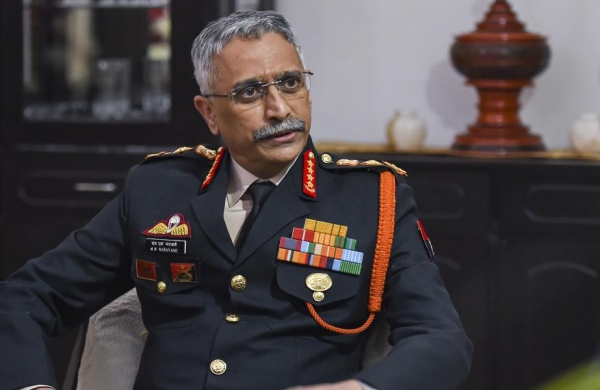 By PTI
NEW DELHI: Army Chief Gen MM Naravane said on Thursday the threat to India has only “abated” following the disengagement in Pangong lake areas in eastern Ladakh after the agreement with China but it has not gone away altogether.

He also asserted that it would be incorrect to say that the Chinese troops were still sitting on territories in eastern Ladakh that were in India’s control before the face-off erupted in May last year.

Referring to the situation in the mountainous region, Gen Naravane told an interactive session at the India Economic Conclave that the military strength in rear areas remained what it was even at the height of border tensions.

The Army Chief replied in the affirmative when asked by the moderator whether he concurs with Prime Minister Narendra Modi’s remarks after the border standoff that the Chinese have not come into control of Indian territory.

ALSO READ | Do not have de-radicalisation camps of any kind in J&K: Naravane

He also said that patrolling has not resumed in the region as tensions are still running high and there are always chances of face-offs and inadvertent escalation of the situation when it starts.

The border standoff between the Indian and Chinese armies erupted on May 5 last following a violent clash in the Pangong lake areas and both sides gradually enhanced their deployment by rushing in tens of thousands of soldiers as well as heavy weaponry.

As a result of a series of military and diplomatic talks, the two sides completed withdrawal of troops and weapons from the North and South banks of Pangong lake in line with an agreement on disengagement last month.

“There are some areas which we still have to negotiate but in the overall scheme of things, (I) feel that we have very strong grounds to believe that we will be able to achieve all our aims,” Gen Naravane said.

When asked specifically whether the Chinese were still sitting on territories that were in India’s control before April 2020, he said: “No, that will be an incorrect statement.”

“The whole issue of Line of Actual Control (LAC) is because of these grey areas. Because there is no demarcated LAC and there are different claims and perceptions. So unless the LAC is demarcated, you cannot make the statement that I am where I am, he is where he is,” he added.

Asked about allegations in some quarters that the Chinese were in Indian territories, the Army Chief responded by saying the force was confident of its capabilities and that it knew what it had achieved.

“They (the Army personnel) have done their job. In the Army you learn to be thick-skinned,” he said when asked about some criticism of the handling of the border situation.

Gen Naravane said unless the troops in rear bases go back, it would not be possible to say that things are back to normal.

“After several rounds of talks, we succeeded in getting some agreement on the disengagement of troops which were face-to-face with each other which could have led to some misunderstandings and flare ups,” he said.

“Now they are not face-to-face but have disengaged and gone back to the agreed positions. But the strength in rear areas remains what it was even at the height of the tension. So the threat has only abated and it has not gone away altogether,” he said.

On the military talks, the Army Chief said the political leadership very clearly enunciated that it has to return to the status quo of April 2020 and that remained the bottom line for India in all the negotiations.

To a question whether India has access to all the areas that it had before the face-off, the Army Chief said: “I won’t say that we do not have occupation of those areas, but that will be the focus of our talks in the next round of discussions.”

“There are some areas which still remain to be negotiated.”

ALSO READ | Quad won’t be military alliance but there will be military cooperation: Army Chief

On patrolling, he said the view has been that there is a need to go step by step.

“We have done the disengagement, let us see how that goes and then, through the talks we will see how to resume the patrolling,” he added.

Replying to a question on developments in Depsang and some other friction points, the Army Chief said these are the issues that will be discussed in future rounds of talks.

“The guiding principles still remain that we need to restore the traditional rights and that would apply to both sides, after all it is not as if only they were doing the patrolling,” he said.

On whether China can be trusted, he quoted the term used by former US President Ronald Regan– “trust but verify”.

The Army Chief said if need be, there is a room for renegotiating those agreements so that the incidents that took place because of not following them in letter and spirit do not take place in the future.