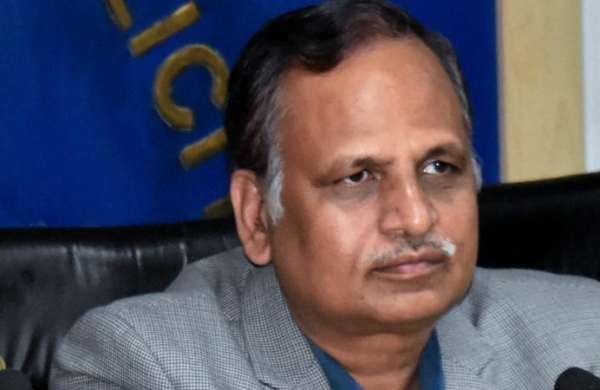 By PTI
NEW DELHI: Amid falling cases of COVID-19 and reduced fatalities, Delhi Health Minister Satyendar Jain on Tuesday said the pandemic has been “defeated” in the national capital through a number of combative measures.

In a statement released on the completion of the Arvind Kejriwal government, Jain, who also holds the portfolio of the water department, said, the government will now aim to clean the Yamuna river in the next three years.

The Delhi government has “firmly fought the war against coronavirus,” he said.

Delhi recorded 94 fresh COVID-19 cases on Tuesday, the lowest in over nine months, while the positivity rate slipped to 0.17 per cent, authorities said.

One fatality was also registered on Tuesday, taking the death toll in the city to 10,894, according to the latest health bulletin issued by the city government.

Delhi had recorded 96 coronavirus cases on January 27, that time the lowest in over nine months, and the first time the daily count had stood below the 100-mark in that month.

No death due to COVID-19 was recorded on Saturday in Delhi, second time in February when the single-day fatality count was nil.

On February 9, no fatality due to COVID-19 was registered in the national capital, after a gap of nearly nine months.

Also, on February 5 and F7, the fatality counts were two on both the days, same as on February 2.

The minister also claimed that 73 per cent of people got “zero amount electricity bill during the pandemic period”.

“After defeating coronavirus, the Delhi government will aim to clean the Yamuna river in three years from now,” he was quoted as saying in the statement.

Jain said the world had never seen such a pandemic after the 1918 Spanish Flu, until coronavirus hit everyone.