Affidavit from contractor:If the Lalpur Bridge is not built by December, it will be removed, work has stopped for three years, so for the first time such pressure 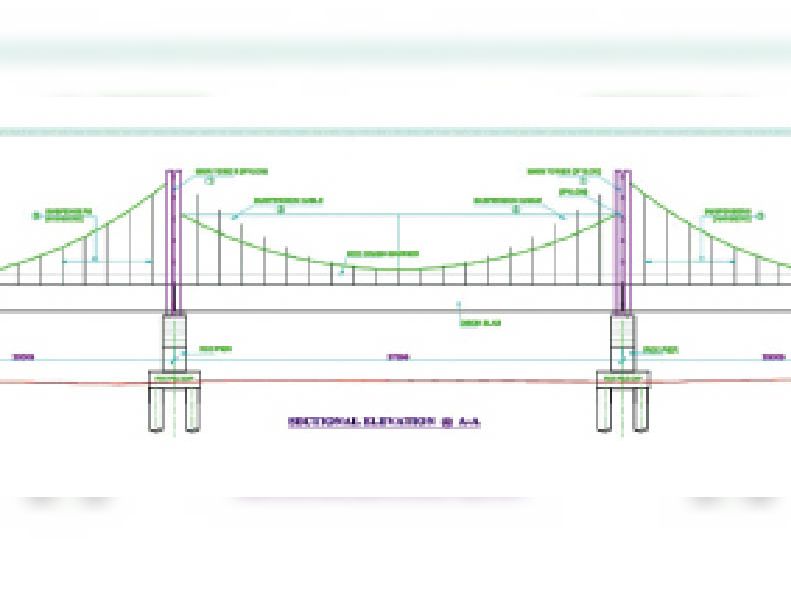 Raipur: The work of the second overbridge, which remained on NH-30 near Lalpur on Kenal Road, has been stopped for the last 3 years. Now for the completion of this bridge quickly, an affidavit has been taken from the contractor that if it does not complete it by December, it will be terminated. The bridge is being built by GS Express Company, which also had the job of Skywalk.

Officials said that for the first time an affidavit has been taken from the contractor to complete any work in the capital. Not only this, there is also preparation to redesign the Lalpur overbridge. This bridge will be given the look of a swinging bridge. However, this suspension will not be built on bridge technology, only it will look like this. Steel girder and wires will give it this look, which will be seen from both sides on Jagdalpur road.

Like Kashiram Nagar, this flyover will also be decorated with lighting. Only four will be found under the bridge and wires will be installed above the bridge. The facility of overbridge to be built on Raipur-Dhamtari highway near Lalpur was to be available in ten months i.e. March 2018. The department initially gave 10 months time to the construction agency to construct a bridge of 786 meters in length and 8.40 meters in width.

Along the Kenal road, the pressure of vehicles is high on the Raipur-Dhamtari-Jagdalpur road, so overbridge was planned here. It has been reported in the PWD survey that the number of vehicles in NH and Canal Road is more than seven lakhs in 24 hours. Due to NH, there are more heavy vehicles on this road. Traffic pressure has also increased on Canal Road. The overbridge here will help in smoothing the traffic.

The contractor has taken affidavit for completion of Lalpur flyover by December. To facilitate the people of the city quickly, the bridge will be completed by installing three teams. Shirish Padegavkar, EE-Bridge PWD

Regarding the problems and requirements of traffic in the city, the collector took a meeting of the officials