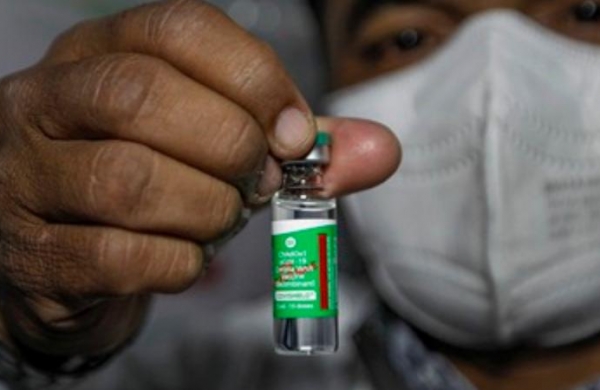 By ANI
NEW DELHI: Bharat Biotech and Serum Institute of India (SII), the country’s leading COVID-19 vaccine manufacturers, on Thursday submitted to the Delhi High Court that adequate capacity of vaccines were available for judicial staff, advocates and judges as frontline workers, subject to the orders of the Centre as there is a protocol in place.

There was a hearing that was held for the suo moto petition that was initiated for the inclusion of judicial staff, advocates and judges as frontline workers, therefore, making them eligible to get the COVID-19 vaccine. Bharat Biotech and SII through their advocates, submitted that adequate capacity of vaccines was available, subject to the orders from the Centre as there is a protocol in place.

Advocate Anil Soni, representing the central government, asked the court to consider providing a vaccination facility for lawyers who come under the over-60 and over-45 years with co-morbidity group in the court premises.

The matter is being heard by a division bench of Justices Vipin Sanghi and Rekha Palli.

The Bench, while slating the matter for March 10, also directed the Centre to file an affidavit disclosing the capacity to transport the said medication particularly to the NCT of Delhi.

“The Delhi government to carry out inspection of medical facilities in court complexes and to report whether vaccination centres could be created there,” the bench added.

The Court also asked Delhi High Court Bar Association and the Bar Council of Delhi to file an affidavit regarding their strength.

A communication had been sent to the Chief Justice of India on March 1 requesting that appropriate directions be issued to the concerned authorities to make available necessary infrastructure on Court premises.

“Courts, by their very nature, are places which have very high-density congregations of people on a daily basis. Thousands of cases are listed in any given court complex every day. Apart from judges, the court staff and advocates, a large number of litigants visit Courts, in which their cases are listed, on a daily basis,” the Delhi High Court said in its order.

India is currently in the midst of the second phase of the COVID-19 vaccination drive, whose scope has been widened to include people above age 60, and those who are 45 or more and suffering from certain medical conditions.

Several leaders and famous personalities, including Prime Minister Narendra Modi and President Ram Nath Kovind, received their first doses and have encouraged the public to do the same.