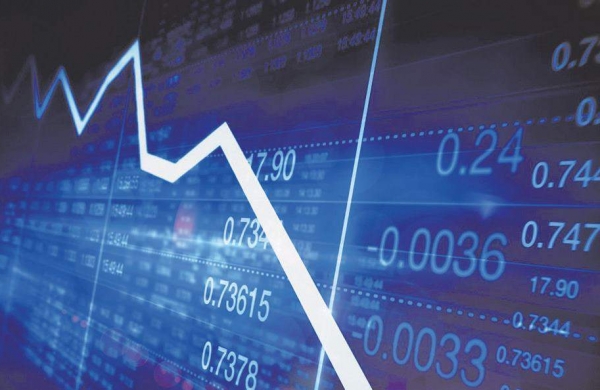 By PTI
NEW DELHI: The Asian Development Bank (ADB) has downgraded India’s economic growth forecast for the current financial year to 10 per cent on Tuesday, from 11 per cent projected earlier this year, mainly on account of the adverse impact of the coronavirus pandemic.

India’s GDP growth recovered to 1.6 per cent in the last quarter of fiscal year ended March 2021, narrowing contraction in the whole fiscal year from 8 per cent estimated in April to a revised 7.3 per cent, the multilateral funding agency said in the Asian Development Outlook (ADO) Supplement.

“Then a second wave of the pandemic induced many state governments to impose strict containment measures. New COVID-19 cases daily peaked at more than 4,00,000 in early May, then fell to a little over 40,000 in early July.

“Early indicators show economic activity resuming quickly after containment measures eased. The growth projection for FY2021 (ending March 2022), downgraded from 11 per cent in ADO 2021 to 10 per cent, reflects large base effects,” it said.

The ADO was released in April. Meanwhile, the inflation forecast for Asia and the Pacific this year has been raised to 2.4 per cent, from 2.3 per cent in April, reflecting rising oil and commodity prices.

The projection for 2022 remains at 2.7 per cent, it added. For South Asia, the inflation forecast has been raised for 2021 to 5.8 per cent from 5.5 per cent, mainly reflecting a higher forecast for India.

However, it has been kept unchanged at 5.1 per cent for 2022. Indian consumer price inflation rose to 6.3 per cent year-on-year in May as both food and fuel inflation outpaced expectations.

“This Supplement raises the inflation forecast for India in FY2021 (fiscal ending March 2022) by 0.3 percentage points to 5.5 per cent while keeping the forecast for FY2022 at 4.8 per cent,” ADB said.

Meanwhile, growth projection for FY2022 (ending in March 2023), by which time much of India’s population is expected to be vaccinated, is upgraded from 7 per cent to 7.5 per cent as economic activity normalises, said the Manila-headquartered funding agency.

With regard to China, the ADB supplement said the expansion in the People’s Republic of China is still projected at 8.1 per cent in 2021, and 5.5 per cent in 2022, as favorable domestic and external trends align with April forecasts.

On South Asia, ADB said the economic outlook for the subregion is dampened by new waves of COVID-19 hitting the subregion from March to June 2021.

The adverse economic impact of these new waves is expected to be limited, with businesses and consumers better able to adapt to the pandemic and containment measures now than they were a year ago, it said.

“The GDP growth forecast for the subregion in 2021 is downgraded from 9.5 per cent in ADO 2021, to 8.9 per cent but upgraded for 2022, from 6.6 per cent to 7 per cent,” ADB said in the supplement. The COVID-19 pandemic remains the biggest risk to the outlook, as outbreaks continue in many economies.

Daily confirmed cases in the region peaked at about 4,34,000 in mid-May. They narrowed to about 1,09,000 at the end of June, concentrated mainly in South Asia, Southeast Asia, and the Pacific, ADB said.

Meanwhile, the vaccine rollout in the region is gaining pace, with 41.6 doses administered per 100 people by the end of June — above the global average of 39.2, but below rates of 97.6 in the United States and 81.8 in the European Union.

“On top of containment and vaccination measures, phased and strategic rejuvenation of economic activities — for instance, trade, manufacturing, and tourism — will be key to ensure that the recovery is green, inclusive, and resilient,” Sawada said.

ADB said even as the pandemic persists, developing Asia is forecast to sustain its strong rebound broadly in line with the April forecasts of the ADO.

Recovery is under way in developing Asia, but with the growth projection for this year revised down slightly from 7.3 per cent in the Asian Development Outlook 2021 in April, to 7.2 per cent following renewed virus outbreaks in some economies.

The projection (developing Asia) for 2022 is upgraded from 5.3 per cent to 5.4 per cent, it added. ”Developing Asia” refers to a group of over 40 countries that are members of the ADB.