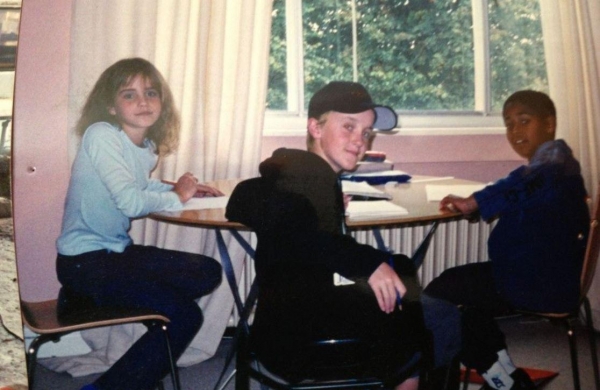 By ANI
WASHINGTON: ‘Harry Potter’ star Tom Felton took fans down the nostalgic lane by posting a time-turner-worthy photo of some of his cast-mates from the blockbuster Hollywood franchise.

Felton took to his Instagram handle and shared a throwback photo, featuring him, Emma Watson, and Alfred Enoch sitting together around a table, seemingly doing some schoolwork during a break from shooting.

He captioned the post as, “#tbt,” along with lion and snake emoji representing the characters’ Hogwarts houses of Gryffindor and Slytherin. He tagged both Watson and Enoch, in the post.

Felton played Slytherin Draco Malfoy in the beloved series, while Watson and Enoch played Hermione Granger and Dean Thomas, respectively, who were both in Gryffindor with the titular Harry Potter (Daniel Radcliffe).

As per People magazine, in December, last year, Felton watched ‘Harry Potter and the Sorcerer’s Stone’, for the first time in about 20 years and took fans along for the ride in an Instagram Live session.