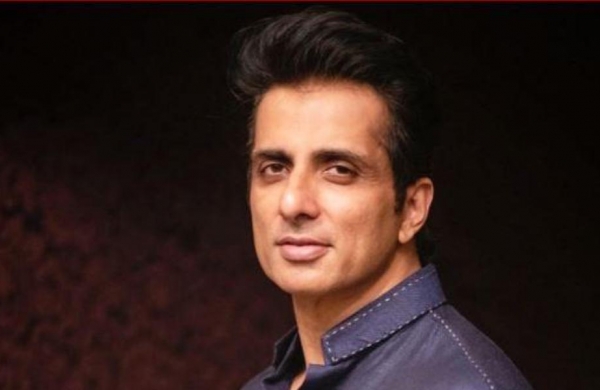 Sood, who was in limelight for helping migrants reach homes during lockdown last year, withdrew his plea against the Bombay High Court order dismissing the case on alleged illegal construction at his building in Mumbai from a bench headed by Chief Justice SA Bobde.

The bench also comprising Justices AS Bopanna and V Ramasubramanian, during the hearing, orally observed that no coercive action be taken against Sood until the civic authorities decide on his application for regularisation.

“Mukul Rohatgi, senior counsel appearing for the petitioners prays for withdrawal of this petition as also the civil suit…pending before Bombay City Civil Court at Borivili Division, Dindoshi, Bombay, in view of the application for regularisation filed pursuant to the notice dated 24.10.2020 under Section 44 of the Maharashtra Regulation and Town Planning Act, 1966,” the bench said in its order

“We direct the concerned Authorities to consider and decide the said application on its own merits and in accordance with law. Accordingly, the special leave petition and the civil suit being …are dismissed as withdrawn,” it added.

In the proceedings conducted through video conferencing, the bench was informed by Rohatgi that the actor would withdraw pleas from the top court and the lower court at Mumbai respectively and and seek a decision on his application for regularisation of alleged illegal construction from the civic body.

The high court had dismissed the actor’s appeal against the Brihanmumbai Municipal Corporation (BMC) notice to him over alleged illegal construction at his residential building at Juhu. At the outset, Rohatgi said that he has advised the actor to withdraw the plea and would rather seek the liberty that BMC decide his plea for regularisation.

“That is good advice Mr. Rohatgi. This is absolutely correct advice which does not happen very often. The Authorities to decide the application according to law,” said the bench in the proceedings conducted through video conferencing.

Sood and his wife had stated in their plea that his application for conversion has been approved by the Municipal Commissioner subject to Maharashtra Coastal Zone Management Authority (MCZMA) permission.

The plea had said the high court order of January 13, 2021 has been passed without considering the provisions of Section 43 (1) of the Maharashtra Regional and Town Planning Act, 1966 and his application for conversion of residential premises into a residential hotel was submitted in 2018 before the department concerned.

The plea had contended that their application for conversion, which has been approved by the Municipal Commissioner subject to MCZMA, be directed to be decided by authorities concerned. “The petitioners have already stopped the work of internal renovation which require no permission as per the provisions of Section 43 of Maharashtra Regional and Town Planning Act, 1966, therefore, the respondents may kindly be restrained from demolition of the renovation work already done in the building,” the plea filed by Sood and his wife had said.

He further stated that if the application of the petitioners for conversion is approved, the financial loss due to demolition will not be recovered in any manner and would cause miscarriage of justice to the petitioners.

The High Court, while dismissing the actor”s appeal and application, said, “Law helps only those who are diligent.” Sood’s lawyer had sought a time of 10 weeks to comply with the notice issued by the BMC in October last year, and requested the high court to direct the civic body to not initiate demolition action.

However, the high court refused and said the actor had ample opportunity in the past and if required, he could approach the civic body.

Sood had approached the high court earlier this month challenging an order of a city civil court at Dindoshi that had dismissed his suit against the BMC’s notice issued over the alleged illegal construction carried out by him.

The actor, in the interim application in the high court, had sought an order from the high court restraining the BMC from taking any coercive action against his residential property in Juhu area. “The petitioner (Sood) has not made any changes in the building that warrants permission from the BMC. Only those changes that are allowed under the Maharashtra Regional and Town Planning (MRTP) Act have been done,” Sood’s advocate had argued in HC.

As per the BMC, the Bollywood actor had carried out structural changes in the six-storey residential building ”Shakti Sagar”, and allegedly converted it into a hotel without taking requisite permissions. The BMC earlier this month also filed a complaint at the Juhu police station, seeking an FIR to be lodged against Sood for allegedly converting the residential building into a hotel without permission.

The complaint letter was sent to the police after the BMC inspected the building and found that Sood had allegedly not complied with the requisitions and was continuing unauthorised construction even after the notice was served to him in October last year.