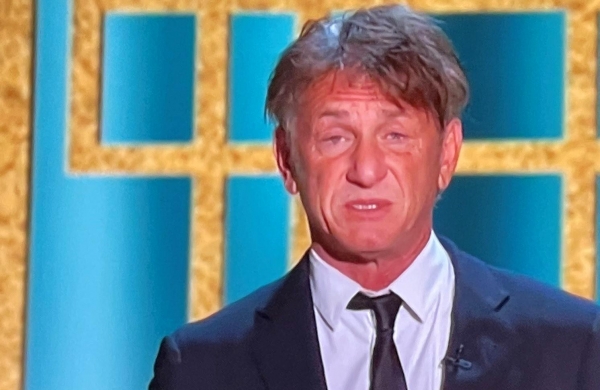 According to Fox News, the 60-year-old actor appeared during the award ceremony to discuss the work being done to combat the coronavirus pandemic by CORE, the relief organization founded by Penn.

“I’m a fan of Sean Penn but not a fan of the hairstyle,” said one person.

Please give a golden globe to whoever let Sean Penn look like this on national TV pic.twitter.com/ej6t7GNGtk
— Kristin Chirico (@lolacoaster) March 1, 2021

“Sean Penn went to his hairstylist and said, ‘Give me the Operation guy,'” said a viewer in reference to the board game ‘Operation.’

“Congratulations to Sean Penn for his role as ‘all of The Three Stooges,'” joked another.

Asked a third: “Why does Sean Penn look like he drank from the wrong grail.”

Why does Sean Penn look like he drank from the wrong grail pic.twitter.com/6gIVHg3dIm
— Chase Mitchell (@ChaseMit) March 1, 2021

“Please give a golden globe to whoever let Sean Penn look like this on national TV,” added yet another.

Some viewers found the actor’s appearance to be somewhat relatable, saying he “is also all of us [right now] if we were forced to put on a tux.”

“Sean Penn looked exactly how I’d look if I was forced to dress up during a [pandemic],” said another.

Sean Penn went to his hair stylist and said, “Give me the Operation guy.” #GoldenGlobes pic.twitter.com/0Ufv9oeQOx
— T.R. Morley (@TheRealMorley) March 1, 2021

Meanwhile, another said, “Sean Penn could really care less about any one’s opinion on his hair. That is what makes him so unique.”

After comments about his unruly look went viral online, the Oscar-winner took to Twitter to address it.

“If you think my hair goes wild on Morning Joe when hacked by Russians (allegedly), you should see how much wilder it goes when peeps donate to @COREResponse,” he wrote at the time.