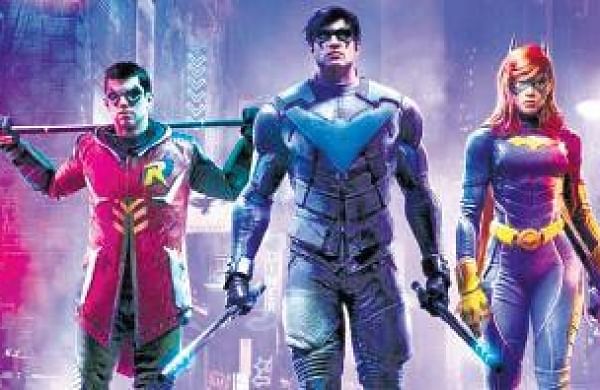 The series hails from Batwoman executive producers Chad Fiveash and James Stoteraux. Written by Natalie Abrams (executive story editor of Batwoman), the series is based on the DC Comics characters created by Bob Kane and Bill Finger.

In the story, in the wake of Bruce Wayne’s murder, his rebellious adopted son forges an unlikely alliance with the children of Batman’s enemies when they are all framed for killing the caped crusader. This renegade band of misfits must fight to clear their names.

But in a Gotham with no Dark Knight to protect it, the city descends into the most dangerous it’s ever been. However, hope comes from the most unexpected of places as this team of mismatched fugitives will become its next generation of saviours known as the Gotham Knights.

Lore is set to play Stephanie, a young girl trying to survive a stressful living situation who blocks it all out by diving into the world of coding. Her genius on the topic makes sense as she grew up taking in a never-ending stream of brain-food games. With a sarcastic wit to match, Stephanie is a force to be reckoned with even on the mean streets of Gotham.

Fiveash and Stoteraux will serve as executive producers alongside Greg Berlanti, Sarah Schechter and David Madden. Abrams co-executive produces the show. Gotham Knights will be produced by Berlanti Productions in association with Warner Bros. Television. Lore is best known for her role in Into the Dark: My Valentine. In the DC Universe, she previously starred in a recurring role in Doom Patrol.

Here is why Justin Beiber issued an apology to Instagram user