According to Indian astrologers, Trump government again in America 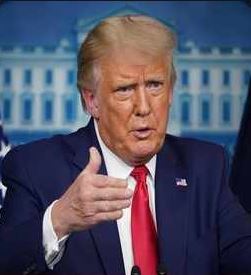 India is also eyeing the US presidential election with the entire world. This time the election for Republican President Donald Trump has become a question of prestige. In front of him is Joe Biden of the Democratic Party, who has been the Vice-President in the administration of former President Barack Obama. Biden leads in every survey. But according to astrologers of India, this time also the victory will be of trump. According to Indian astrologers, even though Biden is leading in the survey, the trump is going to win a lot. In fact, the horoscope of the trump by Pandit Doctor Shankar Charan Tripathi has been viral on WhatsApp. It says, Donald Trump who has Leo in his Ascendant and Suraj is in the 10th house which is with Rahu who is benefiting him. So he is going to become the President of America again, because the Guru is present with Surya. If you believe the prophecy, then Trump is going to reach the Oval Office once again, and he is going to win by at least 4 lakh votes. . At the same time, there is a twist in the prophecy and according to this, Trump will be accused of theft of votes and their management.
Trump has already said that he is not going to easily transfer power if he loses. However, US President Trump has dismissed the media report as a false report stating that the count of ballet papers When the news of his stay ahead comes, he is about to announce his victory.