According to India, Rafale filled with weapons, got quick delivery, know who is IAF officer Hilal Ahmed Rather 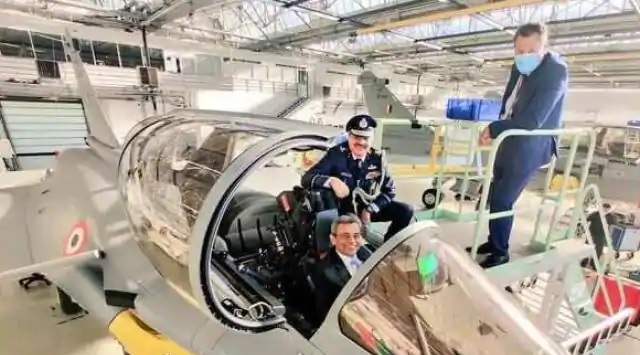 The Rafale of India, coming from France, will reach Ambala airbase at around 2 pm today, where it will be saluted by water showers. Meanwhile, one such name has surfaced overnight, which is being talked about a lot. Air Commodore Hilal Ahmad Rather has become a topic of discussion not only in Kashmir but throughout the country. It is because of this that he became the first pilot in India to fly Rafale. Hilal Ahmed of Kashmir is the person who bid farewell to the first batch of Rafale fighter jets which flew from France to India on Monday. Not only this, he has also been associated with the weaponization of Rafale aircraft according to Indian needs. In Rafael too, according to the Indian condition, Hilal filled the stock of arms and then also made quick delivery of it.

According to media reports, Hilal is currently India’s air attaché in France. The special thing here is that according to the career details of this Indian Air Force officer, Hilal Ahmed is the best flying officer in the world. Indian Air Force officer Hilal Ahmed comes from a middle class family in Anantnag district of South Kashmir. His father, the late Mohammad Abdullah Rather, retired from the Jammu and Kashmir Police Department as Deputy Superintendent of Police. He has three sisters and is the only brother.

Air Force officer Hilal Ahmad Rather studied at Sainik School in Nagrota town of Jammu district. He joined the Air Force on 17 December 1988 as a fighter pilot. Subsequently, he became a Flight Lieutenant in the year 1993. He became the Wing Commander in the year 2004, then the Group Captain in 2016 and Air Commodore in 2019.

Officer Hilal has graduated from Defense Services Staff College (DSSC). He also has a degree with Distinction from Air War College (USA) and has won the Sword of Honor in LDA. Seeing his superior contribution to country service, Hilal has received the Air Force Medal and the Distinguished Service Medal. With an accident free record of 3,000 hours of accident free flights on Air Force fighter aircraft Mirage-2000, MiG-21 and Kiran aircraft, Hilal’s name will now be forever associated with Rafale in India.

It is noteworthy that the landing of five Rafale aircraft will take place in Ambala today i.e. Wednesday at 2 pm. For this, strong security arrangements have been made in and around the Ambala airbase. From photography to rooftops people are banned. India on 23 September 2016 signed a deal of Rs 59,000 crore to buy 36 Rafale fighter jets from French aerospace company Dassault Aviation.