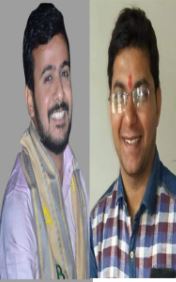 Arun Gupta and State Minister Shubham Jaiswal will take over as the newly elected state president of Akhil Bharatiya Vidyarthi Parishad on February 11. For the session 2020-21, the state’s leading student organization All India Students Council has been re-elected unopposed as the state president and state minister of the Chhattisgarh province unit. It was announced from the Vidyarthi Parishad province office of the capital Raipur. State Election Officer Ashutosh said in a release from the province office, the tenure of both the officials will be one year. The two officials will take charge at the 53rd state convention of ABVP to be held in Ambikapur on February 11.