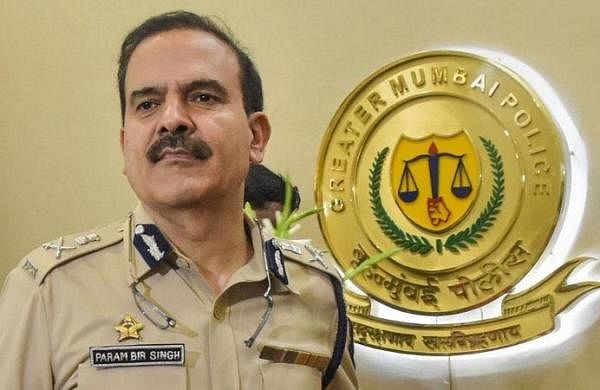 MUMBAI: The Mumbai Crime Branch has begun the process of getting former police commissioner Param Bir Singh proclaimed as an absconding accused in an extortion case registered against him and others in a police station in suburban Goregaon, an official said on Saturday.

The step is being taken as Singh has remained untraceable despite the issuance of non-bailable warrants, and this move will help the probe agency in finding him, a government lawyer said.

The Crime Branch is also seeking such an order against two other accused in the case, Vijay Singh and Riyaz Bhati, he said.

The case is based on the complaint of a man who claimed the accused, between January last year and March, 2021 extorted Rs 9 lakh for not conducting a raid on two bars and restaurants that he operates in partnership, and had also forced him to buy two smartphones worth around Rs 2.92 lakh for them.

The six accused have been charged under Indian Penal Code sections 384 and 385 (both pertaining to extortion) and 34 (common intention).

The state government has also initiated the process to suspend Singh and another police officer after they were named as accused in extortion cases, an official said on Saturday.

The process began after a proposal was sent by the Director General of Police (DGP) to the state home department a few days ago, he said.

In September, DGP Sanjay Pandey had sent a proposal to suspend Singh and other police officials named in alleged extortion cases, but the home department sought specific information about the role of each accused officer.

The department is considering the suspension of Param Bir Singh and a Deputy Commissioner of Police-rank officer who is named in these cases, but not others, he added.

It was the third NBW issued against Singh.

Earlier courts had issued warrants in cases of extortion registered at Goregaon in Mumbai and in neighbouring Thane against him.

The IPS officer was shunted out from the post of Mumbai police commissioner in March this year after assistant police inspector Sachin Waze (now dismissed) was arrested in the case of the SUV with explosives found near industrialist Mukesh Ambani’s south Mumbai house, and subsequent death of businessman Mansukh Hiran.

Deshmukh, who denied the allegation, stepped down as minister and is facing CBI probe.