Abducted from UP, 62-year-old doctor escapes from captivity in MP’s Gwalior-Chambal region 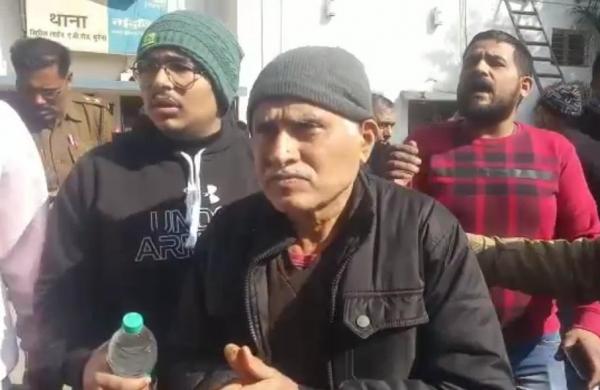 Express News Service
BHOPAL: The Gwalior-Chambal region of MP seems to turn into the most prefered hideout for organised criminal gangs after executing big crimes in neighbouring Uttar Pradesh.

A 62-year-old thriving general physician Radha Krishna Gurubaxani, who was allegedly abducted from the native Jhansi town of UP on Friday early morning, managed to flee from the clutches of his captors in MP’s Morena district on Saturday early morning.

Earlier on Thursday morning, three inter-state criminals, including a wanted criminal of East UP, were arrested from a house in Gwalior’s busy Dana Oli locality following an hour and a half MP-UP police joint operation. The arrested trio was wanted in a recent loot case in Jhansi (UP) and was hiding for a fortnight in the Gwalior house of another criminal they had met while being lodged in Dabra (Gwalior) Jail in the past.

The elderly physician was chained by captors in an open agricultural field in Deori Hingauna village of MP’s Morena district the entire night, but he managed to crawl out of captivity, possibly while the captors fell asleep or while they had gone somewhere.

Dr Gurubaxani somehow crawled to the national highway and then with the help of a villager rang the Dial 100 emergency dial service of MP police, after which a team from Morena’s Civil Lines police station rushed to the spot and brought him safely to the nearest medical facility for preliminary treatment of wounds suffered during a beating by the abductors.

“On Saturday morning, we received a phone call from Morena police of MP about Dr Gurubaxani being in their safe custody. We’ve sent our team to Morena to bring the elderly doctor back to Jhansi,” the Jhansi SP Dinesh Kumar P said.

The elderly doctor was kidnapped by three men early on Friday morning while he was on a morning walk on the Jhansi-Kanpur Highway.

According to a police probe till now, the doctor was kidnapped by three men in a car at around 5 am on Friday from Jhansi. The abductors didn’t tell Dr Gurubaxani that he was abducted for ransom but told him that they were taking him for the medical treatment of the nephew of dreaded inter-state dacoit of Central UP, Shiv Kumar Patel alias Dadua (who was gunned down by UP STF in 2007).

But instead of taking him for medical treatment of anyone, they kept on moving with him in the car from one town of MP to another between Gwalior and Morena districts. They locked him in the car’s trunk for a large part of their journey.

Police sources believe that the kidnapping could be the handiwork of the Keshav Gurjar or Gudda Gurjar gang presently active in the Gwalior-Chambal region of MP and adjoining UP.

“The abductors might well have planned to hold the doctor captive for one or two days before handing him over to another organised gang possibly in neighbouring Rajasthan, which then would have made the ransom call to the veteran physician’s family in Sangam Vihar Colony of Jhansi,” a senior police officer of MP police said.

According to the SSP-Jhansi Dinesh Kumar P, those involved in the abduction can only be identified after the doctor is back in Jhansi and tells the police in detail about what all happened with him after the abduction.