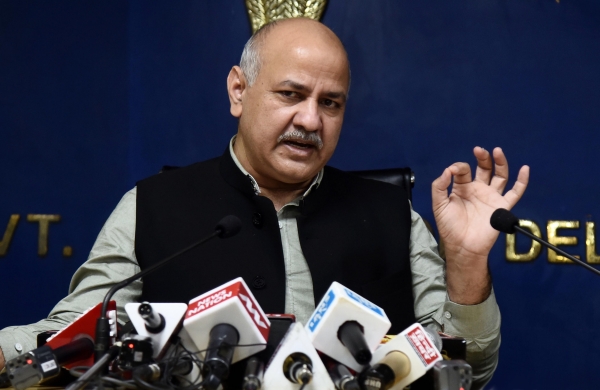 A BJP spokesperson had tweeted a video claiming that Kejriwal has supported the three contentious farm laws.

​Addressing a press conference in New Delhi, Sisodia said, “The BJP knows that Kejriwal is the only leader with credibility and hence they have used his doctored interview to create a false impression among the people.”

“This doctored video was created by selectively editing a long interview of Chief Minister Arvind Kejriwal and placing fake bytes in some places. The Aam Aadmi Party will not allow such machinations by the BJP and will take legal action against them,” he said.

Sisodia claimed that since the BJP has ‘failed in all its machinations’ against the farmers, they plotted a new scheme riding on Kejriwal’’s popularity.

“We pity the BJP’s tactics who despite having their government at the Centre and in many states, have lost people’s trust and hence have to use Arvind Kejriwal’s doctored video to save the farm laws,” the deputy CM said.

Sisodia said when BJP couldn’t explain the farm laws to the farmers, it started branding them traitors and Khalistani.

Then BJP conducted a sponsored protest at the Red Fort and disrespected the national flag. Now, Indian public has understood BJP’s ill-intentions and does not believe in their conspiracies.

“BJP sent its goons to Singhu border where they disrespected the Sikh community by throwing their turbans and attacked the protesting farmers. They tried to portray it as an attack by the locals, but thankfully Indian public saw through this and has understood BJP’s tactics,” Sisodia said.