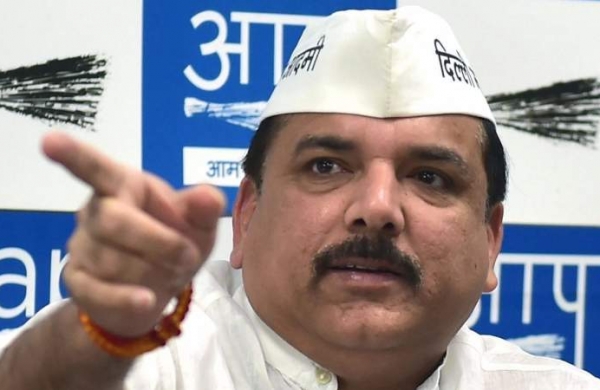 By PTI
NEW DELHI: A day before the start of the Budget Session of Parliament, the AAP’s Rajya Sabha MP Sanjay Singh on Thursday said his party will boycott the president’s address to the joint sitting of both houses over the ongoing farmers’ protest.

He alleged the “anti-farmer” legislations were aimed at benefiting a few industrialists.

“The Aam Aadmi Party is opposing these anti-farmer laws from the very first day and our protest will continue.

This is why it has decided to boycott the President’s address tomorrow at Parliament.

“AAP Lok Sabha MP Bhagwant Mann and all the three Rajya Sabha MPs will not attend the President’s address tomorrow,” he said.

While Bhagwant Mann is a member of the Lok Sabha, Sanjay Singh, N D Gupta and Sushil Gupta are the AAP’s Rajya Sabha MPs.

Apart from the AAP, 16 opposition parties have also decided to boycott President Ram Nath Kovind’s address on Friday in solidarity with the farmers protesting the new farm laws.

These opposition parties have demanded an independent probe into the Centre’s role in the violence that shook the national capital during the farmers” tractor parade on Republic Day.

They also demanded the repeal of the three farm laws and criticised the central government for remaining unresponsive to the demands of lakhs of farmers protesting against the agri laws.