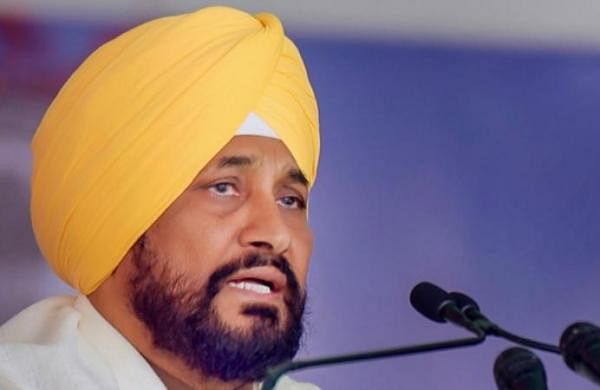 LUDHIANA: Punjab Chief Minister Charanjit Singh Channi on Sunday attacked the AAP, alleging that its leaders have come from Delhi to “loot” Punjab.

He also hit out at Aam Aadmi Party (AAP) national convener Arvind Kejriwal, saying how can he call himself an ‘aam aadmi’ (common man) while staying in expensive hotels whenever he visits Punjab for the February 20 state assembly elections.

Addressing a virtual rally here, Channi, who was declared as the Congress’ chief ministerial face by party leader Rahul Gandhi, alleged that the AAP gave tickets to at least 40 people who were denied a ticket by other parties.

“What kind of change do they want to bring here? They have come here to loot Punjab,” alleged Channi.

“How can Kejriwal be an ‘aam aadmi’? He stays in big hotels here, lives in big houses in Delhi. The Delhi chief minister draws the highest salary among all chef ministers in the country,” he claimed.

Channi accused the AAP of spending Rs 500 crore on advertisements in Punjab.

“From where did this money come? Did (AAP leader) Bhagwant Mann have so much money? They got the money after looting Delhi and tomorrow they will loot Punjab,” he further alleged.

Attacking Mann, who is the AAP’s chief ministerial candidate, Channi said he was a “proxy”.

“There is a big difference between running a stage and the state,” said Channi as he took a swipe at the comedian-turned-politician Mann.

Channi said 700 farmers laid down their lives during farmers’ agitation against the Centre’s three farm laws and put the blame on the Bharatiya Janata Party (BJP) and Shiromani Akali Dal (SAD).

“Who is responsible for this? It is the BJP government and SAD, which cleared the farm ordinances as well as the AAP government which notified (one) farm law. Now, they seek votes here,” said Channi.

Addressing the event, Punjab Congress chief Navjot Singh Sidhu said he was never after any post during his 17-year-long political career and stressed that he wanted to improve the lives of people.

Hailing Gandhi’s leadership, Sidhu said it was he who appointed a Dalit chief minister in Punjab.

“Today, Punjab needs new foundations. Keep Sidhu as the first brick of that foundation, he said pointing towards Gandhi.

Sidhu said if he remained the Punjab Congress chief, then the posts of chairman of various boards and corporations will be given to party workers and not MLAs.

“I will resign the day such a post is given to somebody else (than a party worker). Workers are the backbone of the party, he said.

Earlier, former PPCC chief Sunil Jakhar alleged that the SAD, BJP and AAP are hand-in-glove and their aim was to grab power.

“Even after 700 farmers sacrificing their lives people don’t understand that all three parties are hand-in-glove, then I would feel the farmers’ sacrifice went in vain,” said Jakhar.

On the Sanyukt Samaj Morcha, a political front of farmer unions, fighting the upcoming polls, Jakhar said if the organisation’s decision to contest benefits the AAP, SAD or BJP in a direct or indirect way, the families of the 700 farmers will never forgive them.

Hailing Gandhi’s leadership, he said a leader is known by his courage of conviction and there aren’t many leaders around who dare to do what they say.

“Who made Channi CM? It is Rahul. It is a historic decision of your political career that you made an ordinary person from the Scheduled Castes community the chief minister,” Jakhar said, pointing towards Gandhi.

“I am a mere party worker and whatever I am is because of the party. Whatever decision you take, we are with you,” Jakhar said in his speech before Gandhi announced Channi as the party’s chief ministerial candidate.