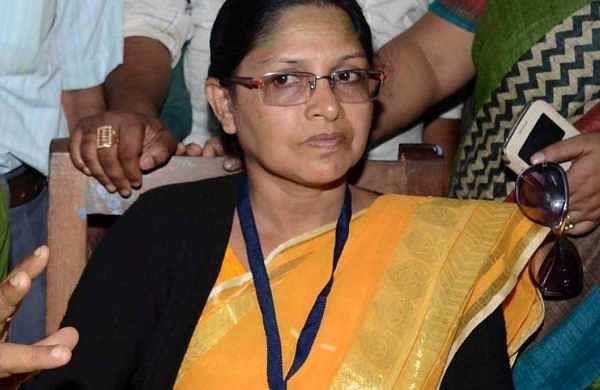 NEW DELHI: Ahead of the assembly election, the  Aam Aadmi Party (AAP) of Himachal Pradesh got another jolt on Monday, when its state chief of women’s wing Mamata Thakur, along with others, joined the ruling BJP in New Delhi, on Monday.

The joining was held at a time when the national president of BJP J Nadda was on a four-day visit to the state from April 9 to 12. Welcoming Mamata Thakur and others in the BJP, Union Minister Anurag Thakur said that the AAP has started facing an existential challenge in Himachal Pradesh because of its faulty policies and lack of internal democracy in the party.

“Overlooking workers has become a habit of AAP. As a result of this habit, its leaders are deserting the party adjoining the BJP,” he claimed.

Last Friday, Anup Keshari along with Satish Thakur and Una district chief Iqbal Singh were the first who joined the BJP, accusing the Delhi Chief Minister of being concerned and communicative to the state leaders of the party.

Mamata Thakur after joining the BJP in New Delhi presence of senior leaders of BJP, including union minister Anurag Thakur, national generals secretary and LS MP Arun Singh, Minakshi Lekhi and Sanjay Mayukh lashed out at the AAP central leadership for ignoring the state leaders and indulging in the tarnishing the political character of those who have recently joined the BJP.