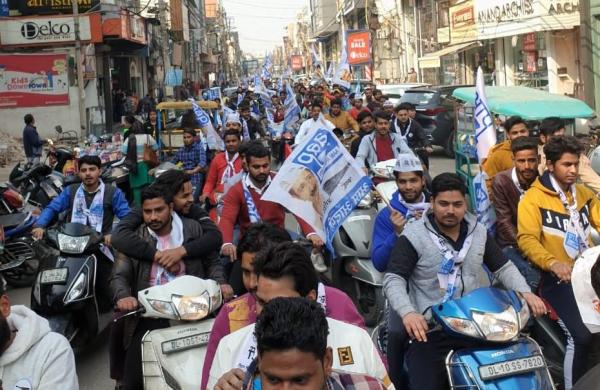 Express News Service
MUMBAI: As the Aam Aadmi Party looks to spread its footprints and foray into local polls in various states this year, it has received a shot in the arm by winning a significant number of village panchayat seats in Maharashtra.

Of the total 14,000 gram panchayat seats, the AAP has won 70 seats across 13 districts. Party spokesperson and national executive member Preeti Sharma Menon said, “The AAP has made a splash in Maharashtra politics with a spectacular debut in the recently concluded gram panchayat polls.”

“Our gram panchayat win tally is now 145/300! And we have full majority in 4 villages. This is a historic entry and it shows that the whole country is keen to have the Kejriwal model of governance in their villages and towns,” she said in another tweet.

Chief Minister and AAP’s national convener Arvind Kejriwal congratulated “Team Maharashtra” for the victory and tweeted his best wishes to all the winners.  Menon said 300 party members had contested the elections and 70, including 13 in an alliance, emerged victorious.

The seats won by the AAP are mainly in Latur, Nagpur, Solapur, Nashik, Gondia, Chandrapur, Palghar, Hingoli, Ahmednagar, Jalna, Yavatmal and Bhandara districts. The party’s “surge was powered by its women leaders, who make up 50 per cent of the winning seats”, Menon said. Dhananjay Shinde, AAP’s state secretary, said the win shows rural India is for clean politics and the new political culture the party stands for.