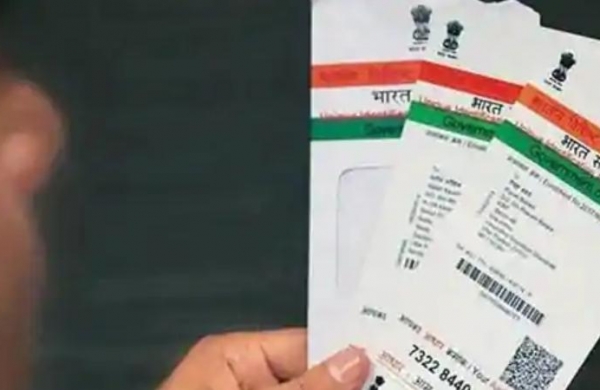 By Express News Service
NEW DELHI:  In a huge relief to elderly pensioners, the central government has declared that Aadhaar is no longer mandatory for getting digital life certificate or Jeevan Pramaan, which is required to collect pensions. “Aadhaar authentication in Jeevan Pramaan is on a voluntary basis and user organisations shall provide alternate means of submission of life certificate.

National Informatics Centre (NIC) shall comply with provisions of Aadhaar Act 2016, Aadhaar Regulation 2016 and the O.Ms (official memorandum), circulars and guidelines issued by UIDAI from time to time,” a notification by the Ministry of Electronics and IT (MeitY) dated March 18 said. Aadhaar authentication has also been made voluntary for biometrics attendance systems used in government offices through another notification.

While some government organisations provided an alternate way of issuing pension in 2018, the notification to make Aadhaar voluntary for the digital life certificate has been issued now. Simultaneously, MeitY has made Aadhaar optional for users of instant messaging solution, Sandes app, developed by the NIC.

“Aadhaar Authentication in Sandes is on a voluntary basis and user organisations shall provide alternate means of verification. NIC shall comply with provisions of Aadhaar Act 2016, Aadhaar Regulation 2016 and the O.Ms, circulars and guidelines issued by UIDAI from time to time,” a separate notification said. The government has plans to make available Sandes for the general public also.

Voluntary Aadhaar a boon for pensioners

Sandes app to be made public soon■ Govt has also made Aadhaar optional for users of the National Informatics Centre-developed instant messaging app Sandes■ Developed under Government Instant Messaging System project, Sandes is used by public depts for internal communications■ The app will soon be made available for the general public, too