A well-equipped building will be constructed on the lines of smart schools: Arun Vora 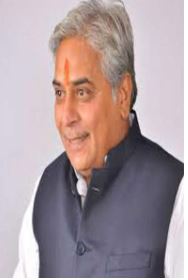 110 lakh works, including the much awaited maintenance work of the city’s oldest Adarsh ​​Kanya Vidyalaya, were performed under the chairmanship of city MLA Arun Vora’s chief guest and Mayor Dheeraj Bakaliwal. Adarsh ​​Kanya Vidyalaya was formed in 1972 where more than 15 hundred students are studying. Even after 48 years have passed, in the absence of maintenance, the child is suffering from the predicament, here children were forced to study in a panic environment in extremely dilapidated buildings. Ever since the Congress came to power in the state, the work of making the schools on the lines of smart schools started. Under this, during the school inspection of former MLA Arun Vora, the teachers and student students complained about the ever bigger incident showing the leaky roof with shabby rooms and broken tiles.

There is a fear of falling with the currents on the walls with seepage. On this, MLA Vora District Mineral Trust item had demanded Rs 75 lakh, out of which approval of 26 lakh 54 thousand has been received in the first phase and Rs 83 lakh 20 thousand has been approved for construction of Anganwadi at 13 places in the city. On the occasion of Bhoomi Pujan of Adarsh ​​School’s maintenance and Anganwadi construction works of 1 crore 10 lakh in Deepak Nagar, Arun Vora said that Adarsh ​​School has given many promising students to the city in the field of sports and arts as well as education. Good education and good results are possible only in the fear-free environment, approval of the remaining amount will also be made in the upcoming mineral trust meeting. He also announced to sanction 10 lakh paver block in the school premises. Mayor Dheeraj Bakliwal said that the Municipal Corporation will not stop any work in the interest of the general public. He directed the corporation officials to take special care of quality in school maintenance and construction of Anganwadi.