‘A Pakistan fan started abusing us and we had to take it’: India all-rounder Vijay Shankar recalls absurd scene ahead of 2019 World Cup match 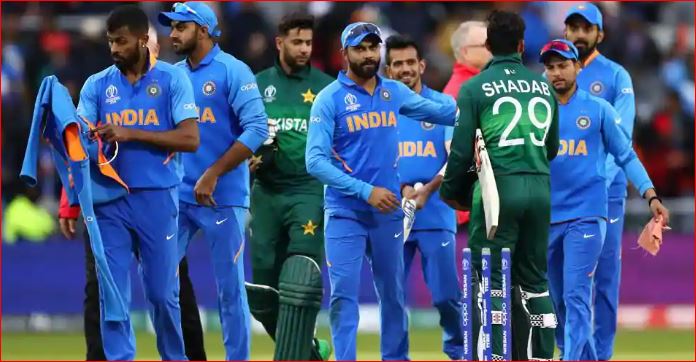 India all-rounder Vijay Shankar narrated an incident which took place a day before the high-octane India-Pakistan World Cup match last year in Manchester on June 16, when he and a fellow teammate were at the receiving end of a fan’s ire. Shankar, whose first World Cup match happened to be against Pakistan, revealed how the fan tried to rile up the two players and had his mobile recorder on the entire time.

“So that was my first experience of an India-Pakistan game. “We just had to take it. He was abusing us and recording everything, so we couldn’t react. All we could do was sit and watch what he was doing.”

Shankar had a dream start to his World Cup career. After remaining unbeaten on 15 with the bat, Shankar, when it was his turn to bowl, struck off the very first ball. After bowling 2.4 overs, Bhuvneshwar Kumar walked off the field due to an injured hamstring and Virat Kohli handed the ball to Shankar to complete the over.

The first ball he sent was a half-volley which Pakistan opener Imam Ul Haq failed to connect bat to and was given out leg-before wicket. It was the perfect debut any India cricketer would have wished for. Shankar revealed how ahead of the big Pakistan match, chilling with teammate Dinesh Karthik helped him cope better with pressure.