A genteel actor loved equally by all 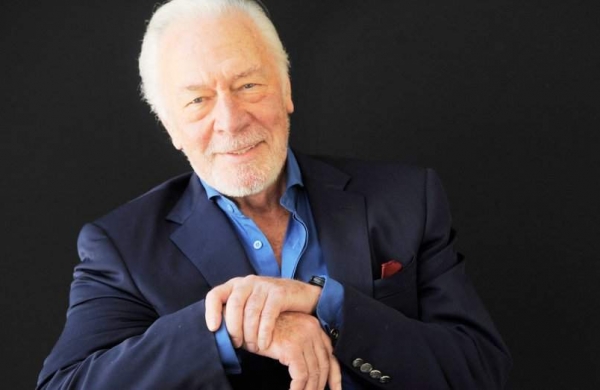 Express News Service
The late Christopher Plummer had seen it all. His old school Shakespearean groundwork had given him the tools for playing the principal characters who were flawed but commanded the stage with their heavy baggage and air of prominence. Iago. Hamlet. Macbeth. King Lear. It naturally gave way to characters who turned the attention towards them when they walked into a room. The ones who might not play the main part in a film but who are very much the centre of gravity. For Plummer, it stretched from The Sound of Music to Knives Out.

In one, he is the von Trapp patriarch who can go from drawing everyone into Edelweiss, to tearing a Nazi flag into tatters in the blink of an eye, and in another, he can be deceptive to a whole dysfunctional unit, having nurtured a healthy disregard for the concept of family. Plummer was one of those actors loved equally by all but never having inspired a campy adulation or irrational fandom, maybe his most identifiable Canadian trait of all.

The reality distortion field around Plummer is so strong in the Edelweiss sequence that it is hard to believe that the actor nursed a disdain for one of the biggest hits and most popular musicals of all time. In almost all his interviews, he was outspoken about his disinterest in The Sound of Music and repeating that the only memorable part of the film was working with Julie Andrews. We hear stories about actors and films like this all the time but rarely straight from the actor.

Plummer is also known for having played several real-life figures. Be it the Duke of Wellington in Waterloo or Rudyard Kipling in The Man Who Would Be King and CBS’s Mike Wallace in The Insider. The Mike Wallace turn is particularly memorable and comes a full circle when considered that Plummer debuted in Sidney Lumet’s Stage Struck and Michael Mann’s The Insider is reminiscent of Lumet’s film Network, with Plummer’s Wallace caught between editorial integrity and corporate pressure. Integrity does come to mind when talking of Christopher Plummer, but he has had his share of roles of lesser men. The GIF image of Georg von Trapp splitting a Nazi flag into several pieces went viral hours after the news of actor’s death broke, but in Spike Lee’s Malcolm X, he plays the unrelenting racist chaplain in Malcolm’s prison.

In 2021, it’s almost magical and comforting that a male celebrity passes at 91—and there aren’t horrible things to remember him by. Plummer was a replacement for Kevin Spacey in All the Money in the World (2017) as J Paul Getty (though director Ridley Scott claims Plummer was his original choice), and sexual misconduct allegations had surfaced against Spacey when the film was ready for release. Plummer was such a thorough professional that at almost 88, he was ready for a stressful nine-day re-filming schedule, with the studios wanting to keep the original release date.

Ironically, he played J Paul Getty, the rigid and ruthless richest man in the world at that time, who refuses to pay the ransom for his kidnapped grandson. Plummer was anything but Paul. He became the oldest actor to be nominated for an Academy Award for the role and earned Golden Globe and BAFTA nominations. He may not prefer it, but the genteel Georg von Trapp remains closest to what Christopher Plummer the man embodied.