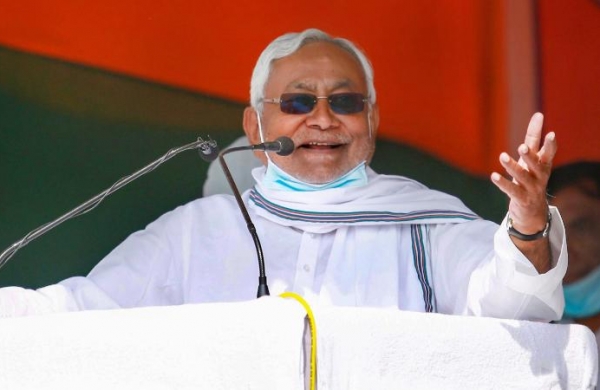 Express News Service
PATNA: Bihar Chief Minister Nitish Kumar on Monday hailed the Union budget by terming it ‘balanced’ and lauded the decisions on schemes such as renewable sources of energy, the Ujjwala and the tax relief to pensioners above 75.

In his response after the budget, Nitish Kumar said that despite the Covid pandemic and the consequent difficulties, the Union Government has presented a balanced budget. “The budget is worth welcome and I congratulate the central government for presenting a balanced budget of Rs 34.8 lakh crore for 2021-22, which is more than the projected budgetary expenditure of the previous year.

Kumar also appreciated the recommendation of the 15th Finance Commission which has allocated 41% amount to the state governments. “A provision of Rs 2,230,00 crore made for the health sector along with the establishment of the National Institute of World Health is also a good move,” Kumar said.

The CM also welcomed the Centre’s decision of giving LPG cylinders to 1 crore additional families under the Ujjwala scheme and connecting 100 cities to the gas pipeline.

Lauding the budgetary plans to start seven mega textile parks with world-class infrastructure in the next 3 years, Kumar said that such a move will generate employments to the people and encourage exports.

“The decision to promote the solar and renewable energy is a good step towards protecting the country’s environment”, he said.

On the other hand, leader of opposition Tejashwi Yadav termed the budget intended to sell the country. “This is a budget to sell the country. It was not a budget but a sale put up for selling government properties and establishments. The BJP is determined to sell banks, ports, airports, NHs, stadiums, oil pipelines after selling the railways and train stations, BSNL, the Red Fort and LIC,” Yadav alleged.

The Centre has allocated no fund for new university, hospital, national highway, factory, industrial unit, rail line and other infrastructure for Bihar. “It was shameful that out 40, 39 NDA MPs were thumping the table while the Centre was selling the government establishments”, he taunted.

RLSP chief Upendra Kushwaha and others in opposition also expressed their unhappiness on the budget and said it has nothing for the poor. Jitan Ram Manjhi of HAM, an ally of NDA in Bihar, described the budget as better for farmers and common people.