60 mm of rain falls in the state, then the monsoon quota will be fulfilled, another cyclone is expected to cause heavy rains on September 7 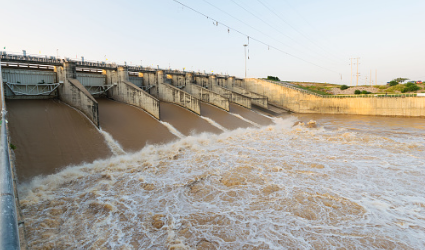 Now Chhattisgarh needs only 60 mm of water for the average rainfall of the monsoon season in the state. The next 3-4 days of rain will fulfill this need. There is a possibility of heavy to very heavy rainfall in the state on September 7 due to the cyclone in the upper air formed in northern and southern Chhattisgarh. Not only this, the entire month of September is left, so it is believed that the state may receive more than the average monsoon rains this year. Chhattisgarh has received 1091 mm rainfall so far. This is just 59 mm less than the average of 1150 mm of the monsoon. This reduction can be completed in the next 3-4 days. After this, the rains will start increasing. These are good signs for industries ranging from agriculture and power companies, Because this will have a favorable effect on crops and hydel power generation. If there is more water in the dams, good water can be provided by the irrigation department this year for the Rabi crop also. Falling of water by September is also good for kharif.

According to HP Chandra, scientist of Lalpur Meteorological Center , a cyclone is becoming stronger in the state, a cyclone is becoming stronger in North Chhattisgarh. It is 0.9 km above sea level. Not only this, there is another cyclone in South Chhattisgarh too. Due to these effects, light rain is expected in the state for the next two-three days, but on September 7, heavy rain may occur at some places. Light to moderate rains occurred at some places in the state during the last 24 hours.