5th round of talks between farmers and Centre begins 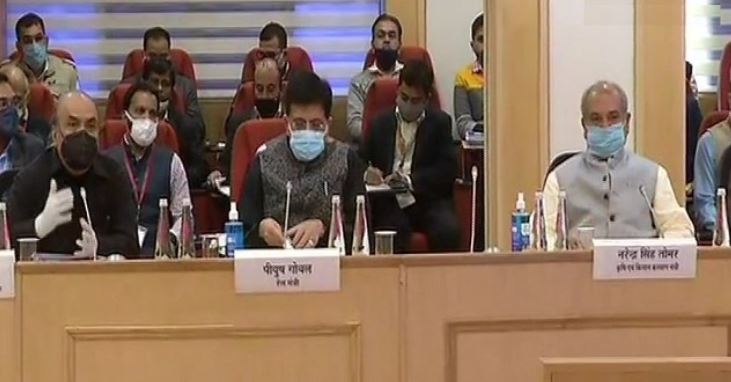 The fifth round of talks between the central government and farmers is scheduled to be held today. A large number of farmers have gathered in and around Delhi to protest against the three farm laws.

Union Agriculture Minister Narendra Singh Tomar had said after the talks that the government has no ego and it was discussing the issues raised by farmers with an open mind.

The farmers are protesting against the Farmers’ Produce Trade and Commerce (Promotion and Facilitation) Act, 2020, the Farmers (Empowerment and Protection) Agreement on Price Assurance and Farm Services Act, 2020, and the Essential Commodities (Amendment) Act, 2020.

“The government will discuss points that emerged at the meeting on Friday and hopes that talks will move towards finality when the next round of discussions are held on Saturday,” the minister had said.

He reached out to protesting farmers over their demands, saying MSP will not be touched, the government was open to their suggestions for parity between mandis under APMC Act and that outside, for disputes under the new farm laws being adjudged in courts and for registration of traders.