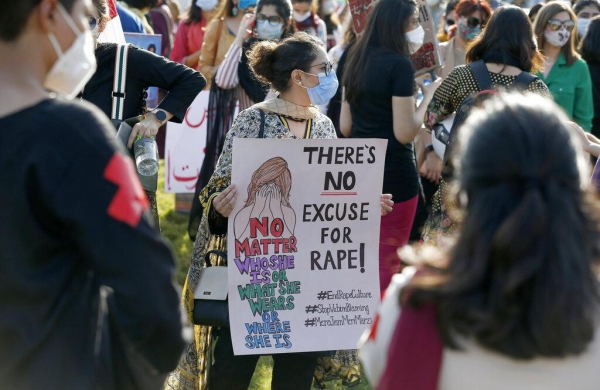 By PTI
BUDAUN: A 50-year-old woman was gang-raped and brutally murdered allegedly by a priest and two others in Badaun district in Uttar Pradesh, police said on Wednesday.

The attack on the woman took place on Sunday when she had gone to a temple, they said, adding that all three accused have been booked, and two of them arrested on Tuesday.

Senior Superintendent of Police (SSP) Sankalp Sharma said “the post-mortem report confirms rape, and there are injuries in her private parts and a fracture in the leg”.

He added that the station house officer of Ughaiti police station has been suspended for laxity in the case.

“On Sunday, the 50-year-old woman, who had gone to a temple, was found dead under mysterious circumstances. Family members of the woman have accused the temple mahant and his aides of raping and murdering her. Based on this, a case was registered against the accused. Two of the accused persons were arrested on Tuesday night, while the mahant is still absconding,” he said.

Four teams have been formed to nab the priest, the SSP said.