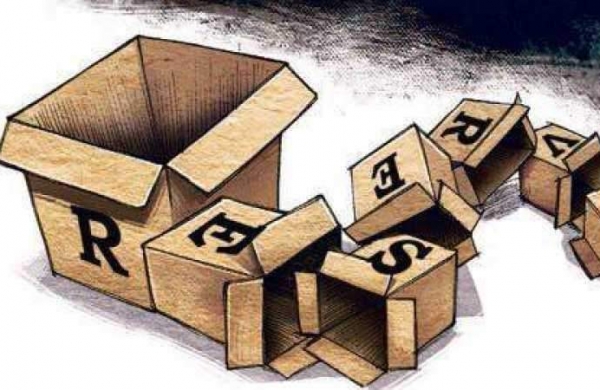 By Express News Service
NEW DELHI: Almost 30 years after it applied a 50% cap on reservation, the Supreme Court on Monday sought responses from all states on whether the ruling needs to be revisited.

The ceiling was imposed by a nine-judge Constitution Bench in the Indira Sahwney case in 1992, also called the Mandal verdict.

States were also asked to respond to a 2018 Constitution (102nd Amendment) Act, which gave constitutional recognition to National Commission for Backward Classes. Article 342A was introduced via the amendment, through which the competence of states to make laws on reservation for backward classes was taken away.

“In view of the question of seminal importance on Article 342A, states have to be given opportunity to make their submissions,” a five-judge bench headed by Justice Ashok Bhushan said.

States have been asked to make submissions on whether they considered Article 342A against the federal structure of the Constitution.

Hearing a petition challenging a 2018 Maharashtra law to provide reservation to Marathas, the bench said it will now consider the law in light of larger questions of law. It has scheduled the hearing for March 15.

The Maharashtra State Reservation for Socially and Educationally Backward Classes Act, 2018, provided for a 16% reservation to Maratha community.

In 2019, the Bombay High Court upheld the law, but reduced the reservation to 12% for admission to educational institutions and 13% for employment. The order was challenged in the Supreme Court, saying it violated the 50% reservation cap.

The legal issues framed by the court for consideration

Whether Indira Sawhney case verdict needs to be referred to larger bench for relook?

Whether the Maharashtra reservation law is covered by exceptional circumstances as was contemplated in Indra Sawhney case?

Whether the 102nd Amendment deprives state legislatures the power to enact a legislation determining the socially and economically backward classes?

Whether Article 342A abrogates states power to legislate in respect of “any backward class of citizens” and affects the federal policy structure?